Edgar Hoill. Who is he? He is the cutting edge photographer that specializes in a lot of the very uber cool cigar photos we enjoy. He is good friends with Christian Eiroa and they decided to develop a cigar blend together. The result: Voila! It is the Edgar Hoill. No money wasted on PR for this baby.

Hoill is also part of the team of OSOK Lifestyle Brands. The marketing team for the Room 101 brand. Hoill was also enjoined in the blending of the OSOK.

Beside the shape, the EH isn’t anything special to look at. They decided a band was not necessary. Construction is excellent with very tight seams. Lots of little veins abound. The wrapper is very oily. The cap is closed and the foot is open. Now you’re doing the Hokey Pokey.

The stick is very solid but since I’ve smoked one a few weeks ago, I know that draw is not an issue.

I do some sniffing and detect mostly hay and barnyard and a little grass. There is also a just a tad bit of baking spices if you sniff so hard you invert your nostrils. And a bit of sweet tobacco…so I clip the cap and light up…after the clip, both ends look so much alike, that I light the wrong end for a nano second. Fortunately, no harm done and I just clip away the bit of char at the cap.

Right away, the stick is delicious. It has a very hearty tobacco taste. There is a nice molasses note…that accounts for the sweet smell of the wrapper. Smoke pours like a chimney. I also get a sweet cherry flavor. It’s in the background but there it is. But for the most part, this is a very savory stick. Very meaty.

An inch in, I get smacked in the puss with a heavy dose of pepper. It is in the back of my throat so it must be black pepper. But it’s strong. The stick starts out medium bodied…and no sign of it tapering off. There is a bit of leather. The sweetness becomes syrupy on my lips. It makes me smack my lips like I just had some nice pancakes.

I hadn’t expected this level of intensity so soon in this cigar. And of course, it is 11am and I have not eaten a thing so by the time I get to the last third, I will probably be doing a tumbling act in my living room while singing Ethel Merman songs.

The ash is a nice mix of gray and black. Like me.

Man, this cigar is flavorful. I screwed up. I have smoked probably 3 of these prior to this one. The sticks come in a 10 count box, which I bought. I wasted those other 3. This cigar needs a couple months to hit its stride…and I’m riding that stride now.

I’m such a jug head. Every time I write a review of a cigar I turn out really liking, I start thinking about buying more…immediately. I know this is going to be a great cigar. I couldn’t find info on the quantity made for the public. I checked and Cigars International is selling them so there must be an adequate number at hand. But be aware. There seems to be a fixed price of $89 for a box of 10. Some unscrupulous sellers are getting $100 for the box. Stay away from these pirates.

Like all good Nic’s, I am now being lured by the flavors of cocoa and espresso. It actually became very intense very quickly. There is also a cinnamon component. The cigar continues to be very earthy and rich. And also very well balanced. I am enjoying the hell out of this stick and I do see more in my future.

As I approach the halfway point, the Nic creaminess shows up. This is a Mars bar now. Chocolate nougat. Yum.

The strength of the cigar is ramping up now. I’m getting a bit of a nicotine spin. Too late to eat anything so I’m going for an Atkins Shake.
The char line has remained dead nuts perfect throughout the first and second third. And the draw has remained flawless. 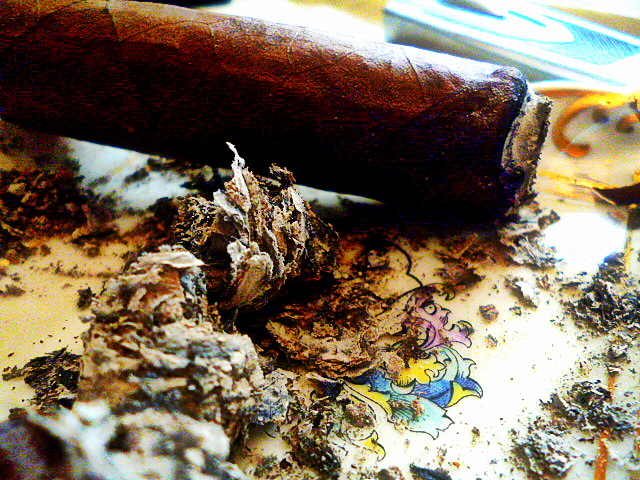 It seems that everything Christian Eiroa has touched since leaving Camacho is a winner. All I can say is that Camacho must have been holding him back because he is releasing new blends like crazy and taken a different approach to his blending. He has also gotten away from the Camacho price point. Good Camachos are not cheap. While he has, for the most part, maintained a very affordable price point on his new blends. This is called adapting to the financial status of the country. Smokers can’t buy like they used to. And they are looking for affordable, good cigars. Eiroa is bringing them to the table. Plus he is manufacturing great cigars that don’t have to sit in your humidor for a year before they are ready to smoke. I have some Camachos in my humidor that have been there for many months and still aren’t ready to smoke. Meanwhile, the Edgar Hoills have been with me for only a couple months and are stunning. 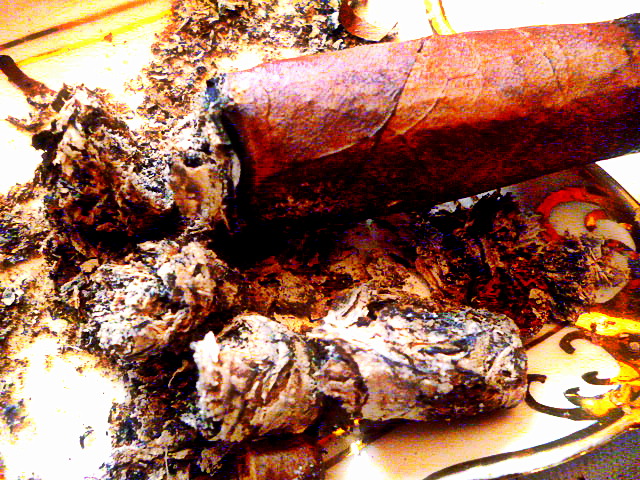 The last third exemplifies all the good stuff in a Nicaraguan puro. While these don’t fall into the group of really inexpensive brands he is putting out, they certainly are worth the $8-$9 per stick. This is the new reality. It appears that $9 is the new $6.