From Cigar Aficionado:
“The Wynwood Cigar Factory is moving. The small, colorful factory, which presently is located in the Wynwood Art District of Miami, will be folded into the Doral, Florida, headquarters of Fabricas Unidas. The move follows the breakup of founding Wynwood partners Christian Eiroa and Robert Caldwell.

“Caldwell left the operation in September, and at the time Eiroa said his leaving would not have “a significant impact” on the operations in Miami.

“This week, Eiroa said his plans for Wynwood had changed.

“We’re consolidating,” he told Cigar Insider. “The location is not a compatible location.” Eiroa has a host of cigar brands managed under the Fabricas Unidas umbrella. In addition to Wynwood’s Factory Fresh Coneja, Rout and Granada, there is also Asylum, CLE and Eiroa.

“Eiroa said he planned to continue making the same cigars that Wynwood rolled, but to do it in Doral, where his Fabricas Unidas is headquartered. He said he was in the process of preparing the headquarters to have space for the half-dozen rollers currently working at Wynwood.

“Eiroa insisted that the Wynwood concept would continue, even though it’s in a new location.

“We’ll still keep using that name. The Wynwood project is alive as long as the visas for the rollers is alive.” The six rollers working at Wynwood now are citizens of Honduras.

“The Wynwood building has been placed up for sale, but Eiroa said cigars would still be rolled there while he made his preparations in Doral. He estimated that it might take until November or December for the move to be complete.”

The cigar comes in four sizes: Corona, Short Robusto, Toro, and Grande. Prices range from $7.60-$10.00 depending on size and before your 10% discount using Katman10 coupon code at checkout…plus free shipping.

From Wynwood cigars:
“Traditionally, cigars are made and sent to an aging room where they will sit for a period of 4 – 6 weeks. This is the way it has been done for many years but there is one major flaw: The cigars then leave that “safe” environment and travel to different conditions across the world, whether it be dry climates, humid areas, or the heat and cold. Each one of these different situations affect the way your cigars will taste and smoke.

“We want you to determine exactly how you want your cigars to rest.

Although Wynwood Factory Fresh Cigars are made to be smoked immediately or even within 7 days of their receipt, your preference may be to wait one week, two weeks or a full year. Most appreciate that sweet flavor with that added umph, but the choice is yours. Let them rest on your own terms!”

The cigars are delivered without cellos. Emphasizing the freshness quotient.

The wrapper is a medium brown and mostly a matte finish. There are some large veins and some small veins.

The cap is sloppy and I can’t tell if it has a triple cap or a single cap. The stick is very toothy.

The cigar band is very artsy fartsy. It is also loose and slides up and down the stick at will. This means that the cigar was much plumper when the band was applied and now that the cigar has been exposed to air, it has shrunk some. It has even shrunk in length by 3/8”.

I clip the cap and find aromas of coffee, barnyard, spice, earthy, cedar, and raisins.
Time to light up.

I’ve had this stick for about 10 days. Did my usual Dry Box technique. And let it sit on my humidor last night.

I take a sip of Diet Coke and it brings out some creaminess. Cinnamon pops its head up. A nuttiness arrives in the form of hazelnut and almonds…almost marzipan-like.

We’ve all smoked green cigars and I was concerned all I would taste is hay and barnyard; but far from it. It is a flavor bomb at the ½” burned mark.

The strength is a strong medium body. The Wynwood Factory Fresh La Granada is a jam packed stick and is burning very slowly. Andrew of SBC sent me samples and he knew the corona is the one I would like.

It began raining an hour ago and looks like night outside so sorry for the shitty photos. Plus, my camera doesn’t pick up white very well. It washes out completely.

The foot is wavy but I leave it alone and cross my fingers.

The cinnamon and the sweetness give it a frosted cinnamon roll flavor.

I notice on the side of the cigar band that it says “2013.” Does that mean it is when the company started or is it a 2013 production cigar meaning it may have as much as a year on it. Andrew of SBC finds some really hard to get cigars. Lots of sticks that go back a year or many years.

I feel like I am gnawing on a cinnamon stick. That spicy/sweet flavor we used to love as kids.

The concept of this cigar is interesting but nothing new. Lots of companies ship their cigars in this same manner. All the big online stores have one or more blends like this. But certainly not in this price range due to the exquisite tobacco used in the Wynwood Factory Fresh La Granada.

The second third begins after 25 minutes of smoke time.

There are several Factory Fresh blends: La Coneja, La Granada, Rout, and The 15th & The First which is the most expensive. Even SBC is charging $11 a stick before discount.

This is a completely unique cigar. But the only way to appreciate it is very convoluted. Since it is up to you to determine how long it should rest will be trial and error. 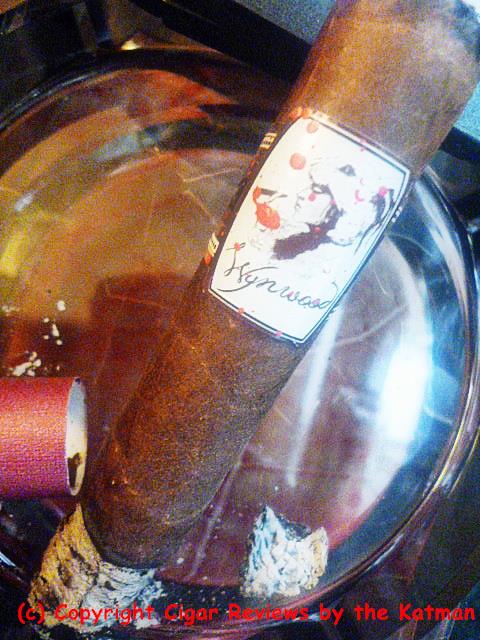 I’m at the halfway point after 40 minutes of smoke time.

I’m guessing there will be a gap after the 1500 boxes are sold while Eiroa manages to produce the cigar on his own.

While the Wynwood Factory Fresh La Granada is a very flavorful cigar, I think it would be a better, more complex stick with a month or two of humidor time. 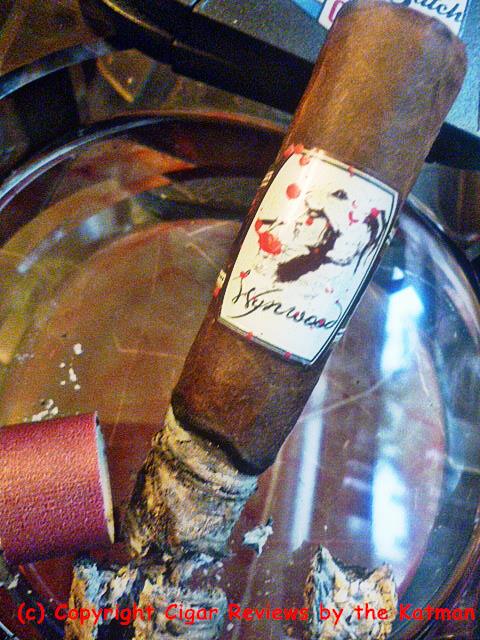 It doesn’t taste green but I get the sense I am tasting potential rather than the blender’s intent.

For such a small cigar, it is pumping out smoke like a four alarm fire.

The last third begins and the flavors explode. I think that proves my point that if aged a bit longer, this would happen in the first third, not the last.

It is very chewy and has a long finish but no real complexity. Time should solve that.

The strength is medium/full now. But not a lick of nicotine.

I am totally enjoying the quirkiness and character of this cigar. I’m going to pop for the Wynwood Factory Fresh The 15th & The First Toro…6 x 52. This is supposed to be the flagship blend of the line. I can’t buy it until the first of September so leave me one. 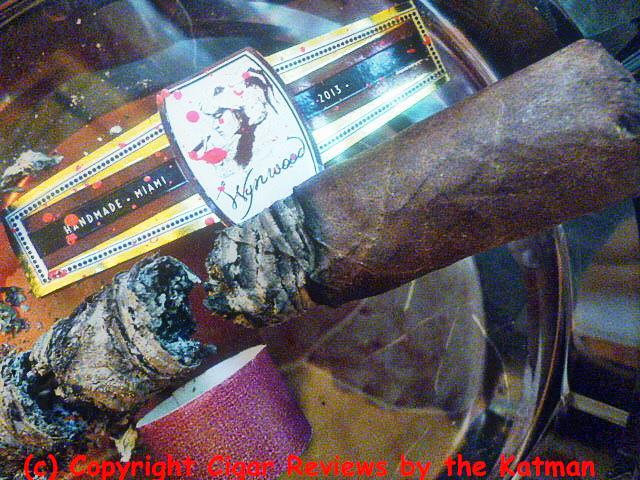 SBC’s price points range from $6.84-$9.90 after your discount. While it seems expensive, it is a helluva lot cheaper than other stores are charging.

There must be a shit load of tobacco in the last third because it doesn’t seem to get smaller as I smoke.
But the flavors excel.

The Wynwood Factory Fresh La Granada takes an old concept and turns it on its head by using only the finest tobacco instead of sweepings from the floor…and available in bundles for $40-$50.

I think the cigar is worth your time and dough. Guessing how much humidor time the cigars need is an open question.