Today we take a look at Rookie Cards by Ezra Zion Cigars.
Thanks to me for infuriating my wife and buying a 5 pack. The lash marks on my testicles are just now healing.

BACKGROUND:
From the Ezra Zion Cigars web site:
“What happens when a blend is refined and improved on for 6 years? You get one of the best cigars you’ve ever smoked! Period!

“Rookie Cards is a blend recipe we created back before we even launched our company in 2012. It’s one of the oldest Ezra blends…pre-dating even Inception!

“The difference with Rookie Cards is that we’ve been working on it throughout the years to be our 5 or 10 year anniversary blend. But, it finally got so phenomenal that it HAD to be released.
“We just couldn’t keep it for ourselves any longer!

“Rookie cards is draped in a flawless, creamy Corojo 99 wrapper. It’s from the same bales of tobacco we’ve been working from since before we had beards.

“Rookie Cards starts with a complex blast of caramel, honeycomb, milk chocolate, and candy. The undertones of leather and cedar follow closely to strike the perfect balance in the flavors.

“As it progresses, whipped cream sweetness washes over the palate complimented by a warm red pepper flake spice through the nose. Amaretto and scotch notes begin to emerge on the finish.

“At the halfway point, cappuccino and cane sugar are introduced adding even more to the overall complexity. The cigar finishes with a woodsy addition as it stays cool and lip-smackingly smooth.

“Each 5 Pack of Rookie Cards will come with a 1979 Topps replica of Chris Kelly and a 1987 Topps replica of Kyle Hoover. These were manufactured by the Topps Company specifically for this project.

“Every cigar is wrapped in a custom Ezra Zion mini-pennant.

“Rookie Cards is the smoothest, most sophisticated cigar in the Ezra Zion portfolio. It’s for the accomplished smoker who can appreciate a true “unicorn” cigar!”

I know what Kyle and Chris look like. The photos on the two cards are not them but, instead, male models.
This is what Kyle looks like: 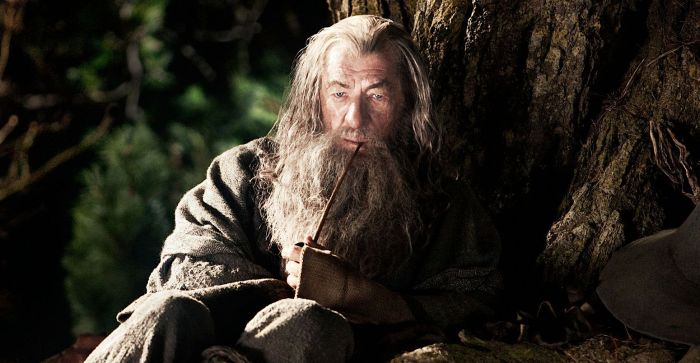 DESCRIPTION:
The wrapper is a nice oily milk chocolate brown with a very consistent palate of shades. Seams are nearly invisible. There are a couple of Frankenstein-like veins running vertically.
There is a touch of toothiness. The triple cap is tapered. The Rookie Cards stick has a nice looking box press.
And…this baby is fully packed. I can’t make a dent in the cigar. Fingers crossed I don’t need the cigar awl to open an airway.

FIRST THIRD:
I’m hoping that the EZ description of flavors doesn’t influence me…but I worry about the power of suggestion might kick in. After being married for 76 years, I automatically do whatever my wife tells me to do so now the act of obeying orders is hard wired.

The draw is unexpectedly excellent. All that anxiety for nothing. But then we Jews are built with an extra gene for angst. Just like Catholics. That and the guilt gene.

For a cigar so fully packed with tobacco, I am happily surprised at how easy the stick smokes.

I’m at a loss trying to find the Amaretto and scotch notes. I don’t drink. The last time I had a glass of scotch was in 2000. My bosses took me, every Friday, to an upscale steak restaurant and we’d stand at the bar knocking down $100 glasses of high premium scotch. Large water glasses were filled to the top with the beverage. They stood there drinking one glass every 10 minutes. I sipped mine and was deemed a wuss. But at least my chances of getting home alive were exponentially greater than theirs.

I will just have to take the boys’ word for it that there are flavors of Amaretto and scotch. I trust them. I have entrusted them by raising my love child from a relationship I had with a cigar model at an EZ event.
Rookie Cards is a yummy blend. The extensive aging is clearly evident with each puff.
I asked Kyle how long I need to wait before lighting up. He replied a couple weeks should work just fine.
Spot on.

This is a meaty cigar. Not that it tastes like a NY strip, but is has chutzpah and oomph. It is fulfilling. Well rounded. The start of complexity kicks in. Transitions begin to really kick in.
For the first time in countless reviews, I have a cigar with a perfect char line.
The Rookie Cards is a leisurely decadent smoke. Slow and intense.

The pennant cigar band is beginning to annoy me. If I were smoking this without worrying about photos, I’d rip it off.

I just remembered that this is a $12 stick. Ouch. That’s a lot of dough for an EZ blend. In all honesty, the Rookie Cards has the zip and depth of the finest Cuban.
I’ve only smoked a little over an inch and I have spent 30 minutes doing so.

Sweet spot 1.0. Like my Depends bursting, flavors from the Rookie Cards explode and drip down my leg.
Here they are: Caramel, chocolate, Orange Blossom honey, pepper, malts, marzipan, loads of creaminess, cedar, and a light citrus element.

A flavor was eluding me but I have it now…a candy from my youth in the 1950’s: Abba Zabba bar. Peanut butter inside a taffy burrito. Delicious and the perfect candy that must have been invented by dentists because the stuff stuck to your teeth like glue.

SECOND THIRD:
Smoke time is 40 minutes.
Lately, I’ve had nothing but trouble with burn lines. I was beginning to think I forgot how to light a cigar. Rookie Cards proves it ain’t me. A consistent, spot on char line needing no touch ups whatsoever. Badda Bing.

Holy crap. The boys better bring this cigar back. I feel some guilt reviewing a cigar that is backordered. I am very sure that the Rookie Cards is going to make my top 25 cigar list of 2016.

The complexity is like a field of tall grass waving in the breeze. Constantly on the move, no single stalk moving exactly like another. Transitions are hot and heavy.
The depth of the aged tobaccos warms the cockles of my heart. And I have large cockles. 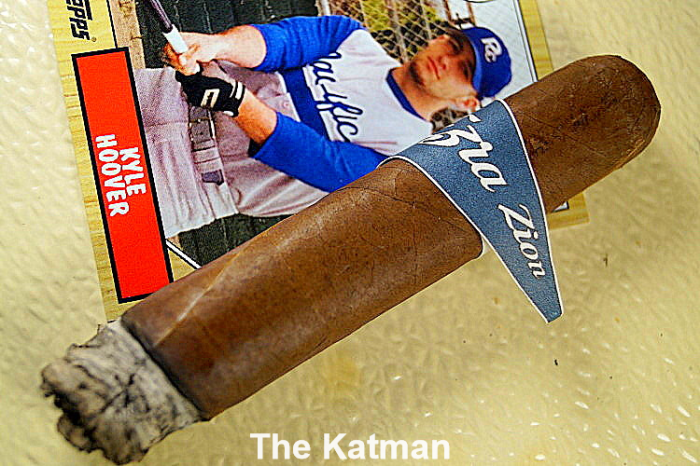 Two weeks. That’s all the humidor time needed. Lawdy, lawdy Miss Clawdy.
Strength hits full body. Yet the blend is as smooth as my tushy.

The halfway point is here. Smoke time is 55 minutes.

Rookie Cards has earned the right to charge $12. I say that about very few cigars. As soon as I see a 5 pack for $60 or more, I snicker because I can’t think of a single blend worth that kind of dough. I’ve reviewed cigars with a phone book’s list of rare and unusual tobaccos that taste like grandma’s support stockings. They’ve rarely impressed. 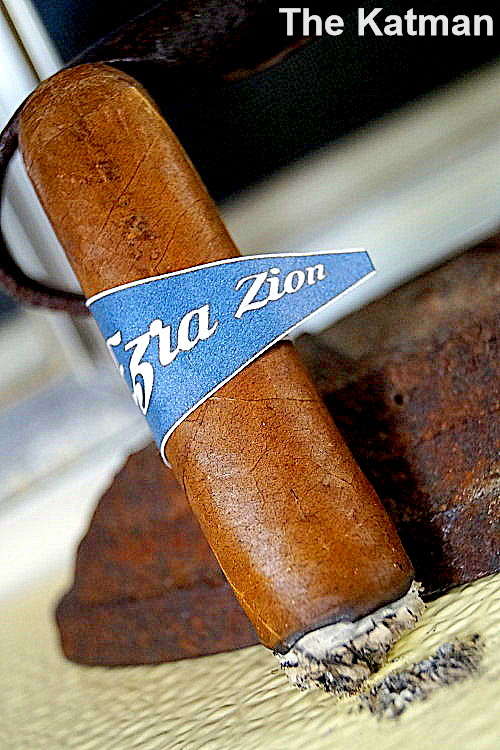 This is a blend you savor like a fine wine or a fine liquor. Allow no distractions. Smoke this alone while in your dimly lit man cave while watching a DVD of “Silence of the Lambs.” Don’t talk on the phone. Don’t text. Enjoy.

I will give you Kyle’s and Chris’s phone number so you can noodge them into getting some more Rookie Cards stocked.

EZ used the best of the best rollers to make this cigar. Not a single construction issue. Packed hard and yet a free flow of air. No plugs. No wrapper problems. Perfect char line. If I was in the death house waiting to be executed for voter fraud, this is the cigar I would want to smoke.
That and an In-N-Out burger. Tell me you couldn’t eat two of these: 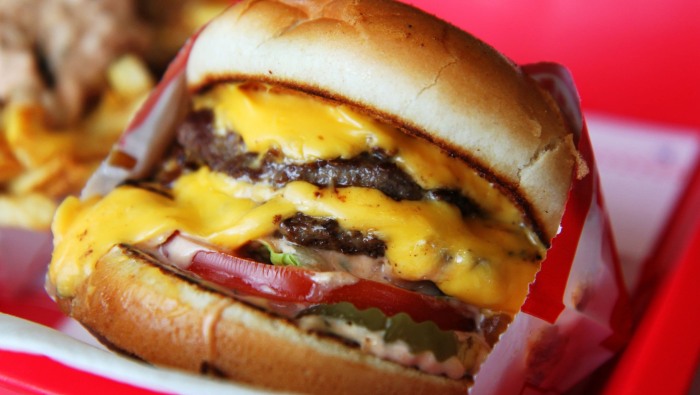 I hate being repetitive but the first description of this cigar on the EZ site says: “What happens when a blend is refined and improved on for 6 years? You get one of the best cigars you’ve ever smoked! Period!”
And it is. One of the best cigars I’ve smoked. Kudos boys. (Ever met guitarist Robert Johnson?)

The lashing of the testicles was worth it. I still have 4 sticks left. I shall encase them in Lucite and make a pen and pencil set out of them so as to immortalize them. And occasionally lick the essence from the cigars as I know they will penetrate the hard plastic.

I have what is called “Functional Dementia.” That should be obvious by now.

Sweet Spot 2.0. I’ve restrained myself over the last year from using the overworked term: Flavor bomb. But it absolutely applies to the Rookie Cards blend.

If I had to describe the high point of this blend in one word, it would be Character and Depth. Er…wait…that’s two. I need a calculator to fix this. There are so many levels of orgasmic flavors that my head spins.

LAST THIRD:
Smoke time is one hour 25 minutes.
I don’t believe in absolute perfection but the Rookie Cards comes damn close. Not only will it make my top 5 cigars for 2016, I believe it will be No.1.

I’ve smoked my share of good Cubans but I cannot think of a single blend better than Rookie Cards.
The blend is super full bodied. A bit of nicotine appears and I don my crash helmet placing my cat next to me on the floor to cushion my fall when I pass out. I did have a crash helmet made for the cat; so don’t contact PETA.

The slow smoke time clearly shows how jam packed the cigar is.

More proof to show how spectacular the construction is that I can put the cigar down for several minutes and it never goes out.

All of the flavors I have described are still in magnum force. No deletions. No dissipation. Rather, they are bold with a huge spectrum of intensity.

I love fawning and raving about a good cigar. Lately, I’ve been hyper critical of what I’ve reviewed. I’m not shy about giving a cigar a lousy rating; especially expensive cigars that don’t make the cut.

I told you that I got my first haircut in almost a year this week. I put off posting a photo of myself until the cut settled down. I am ready to post that photo: 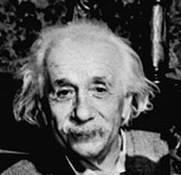 With an inch to go, the Rookie Cards blend is magnificent. No harshness. A real flavor bomb. Make fun of me if you wish for using this description but there is no other way to analyze it correctly.
Their phone number? 011-555-87639573 Call them and get this blend back on the books.
Final smoke time is one hour 40 minutes.