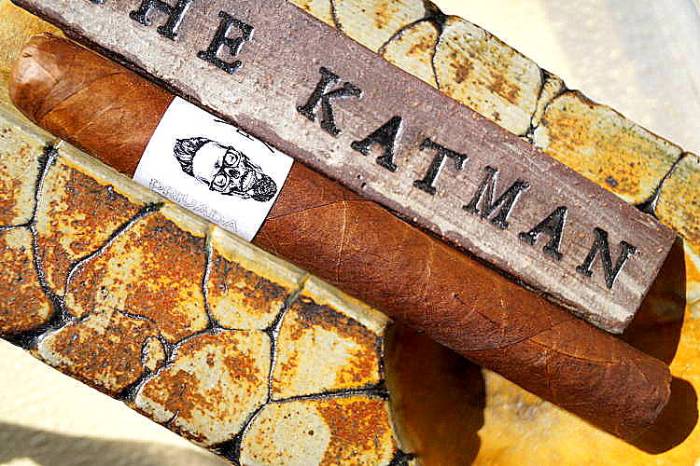 Today we take a look at the Room 101/Matt Booth X Privada Cigar Club EXCLUSIVE.
The only sticks I’ve smoked worth a double sawbuck price point are the myriad of Bespoke blends. I expect this stick to knock my socks off immediately.
It’s been lying naked in my humidor for 2-3 months.

BACKGROUND:
From Privada Cigar Club:
“This is it!! Our first exclusive. Can you believe it? I’m pinching myself. I asked Matt Booth about a program called micro batch he was doing for some big retailers and he was so happy with all of the engagement from you all on social media that he said “let’s do a stick just for members only”. “Yes!” I said. What an honor it is to share this with you all. YOU, yes I mean you, are the reason this happened. This community we have created is so wonderful and powerful. As for the blend, Matt wanted to make this a regular production stick but the quantities of the leaves were not available. Made in the Dominican Republic with tobaccos from Nicaragua, Dominican Republic and Indonesia, this Corona Gorda sized stick is spot on.
Tasting notes: Buttery in texture, accent on floral, smatters of oak, white pepper, vanilla, white toast and a citrus note that shifts between grapefruit and blood orange. Later leather and hazelnut appear.
Pairing notes: White ale, cognac/ brandy, grilled seafood or Italian food or after desert. I feel like I would enjoy this after a vanilla fudge sundae with peanuts and whipped cream!”

APPEARANCE:
Not a bad looking cigar but it has plenty of redwood sized veins running up and down the shaft. Seams are tight. The stick has a lumpy bumpy appearance. It seems to have a double cap but I could be wrong.

The bottom half of the cigar is under filled as it is squishy and soft. Meanwhile, the top half is hard as rock.
For A $20 stick, I’m a little underwhelmed by the rather inexpensive cigar band. It looks cheap. And who puts their face on their cigar bands? Really. But then who can resist another iconic logo that has skulls? I just can’t get enough of skulls on my cigars.

FIRST THIRD:
Big plug in the area behind the cigar band. Out comes my PerfecDraw cigar poker and tool and remedy the situation.
The draw is spot on. Big plumes of smoke surround my work area. The black pepper is blasting away. It’s a bit overpowering.

There is no apparent complexity at this early juncture. Transitions are at a standstill. The finish is the best part with flavors darting across my palate but mostly dominated by the spicy black pepper.

The intense spiciness is making the blend seem stronger than it is. It reminds me of the old 601 La Bomba back when they were really strong.
So far, it’s a nice cigar. Not a $20 stick, but nice.
In fact, it makes me think of an AJ stick…like his Man O’ War Ruination.

Then like a light switch flipped, flavors disappear. Bang, they’re gone. I’m left with a musty barnyard flavor…and a massive amount of black pepper.
We’ve gone off the rails.

I was hoping that the price tag matched the quality. Oops.

The under filled portion in the bottom half of the cigar is burning quickly. It shouldn’t take more than 15 minutes to get to the second third.
I hope the blend really kicks in during the second half.

Flavors begin to return. Still, the spiciness is too strong. It is not helping the delicacy of the rest of the flavor profile.
The mustiness comes and goes. Don’t like that. The cocoa is gone. So is the maltiness.
The salty pretzel element mixed with the mustiness is just nasty.

By now, a Bespoke blend would be singing a soprano’s aria. My No.1 cigar of 2018 was the Bespoke Daughters of the Wind Calico and it’s priced at $18. My No.2 cigar was the Isabela Cigars Shape-Shifter and it was priced at $9.
Being generous, the limp tasting Booth blend is a $7 stick. $20 is insane. And if some major corrections aren’t made soon, I will stop being generous.

SECOND THIRD:
Yep. First third only took around 15 minutes. Let’s see how the rest goes.
Fortunately, the burn is spot on. No issues.

Absolutely no complexity. No transitions at play…just the incessant black pepper.
The cigar should be screaming laughter at this point.

A $20 stick should come out of the gate like a champ. It should make a big impression on my palate with tantalizing bits of potential looming large.
I hate having to review a cigar that is unworthy. But PCC brought it upon themselves by attaching a ridiculous price tag to this run of the mill uninteresting cigar blend. Not to mention, at this point, Booth has nothing to crow about.

I wonder who they bought these cigars from? There is zero information as to who blended it and where. That’s always a giveaway.

The fact that there is no sign of interesting layers, no balance, and just a linear, dull transition of a couple of flavors is more than disappointing.

If you’re a member of the club, you probably smoked one and may have thought it was great. You were wrong.

This is a shame. Instead of the blend improving with each puff, it heads straight towards the gutter. The mustiness increases to the point that it’s giving me a headache.

PCC must have gotten its tasting notes from the aromas and the first half inch of the blend. Because after that, there is no resemblance to the original description.

The halfway point arrives and I feel like Alice peering through the looking glass. My palate is fresh. The cigar has more than enough humi time. AND…it’s $20!

Wonderful. Bitterness that obliterates the mustiness. Spiciness is it. No other flavors are exhibited. I’m bummed.
Then some creaminess reappears. But the black pepper is so strong that it totally manipulates what’s going on.
This is beginning to feel like time has stopped. I have such a long way to go and have already made up my mind about this cigar. It’s a no go. This should have been a stunning blend for the price. Not another RP bundle cigar.

I’m going to finish it no matter what. There may be a point of redemption near its final moments on the planet.
A $20 stick should be oozing with complexity, fancy transitions, a killer finish…without a staggering spiciness that is recklessly ruining the cigar even more.

Black pepper always appears at the back of the throat. While red pepper attacks the tip of my tongue. I feel like I have strep throat. If I had my tonsils, it would certainly remove them without ever using a scalpel. 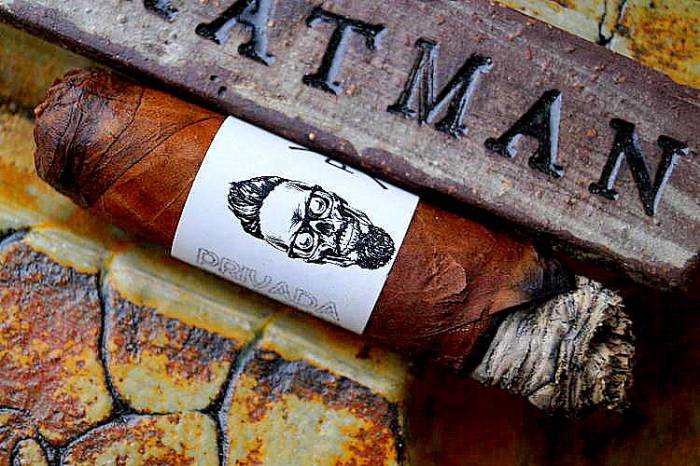 I believe the strength has moved to medium/full.
Tiny elements of flavor break on through: cream, malt, cedar, mud, and paper. Damn.

I take a few sips of water and the black pepper rushes to the forefront even stronger than before.
Nicotine enters…of course. Why screw things up now?

Good news…the burn has been consistent throughout. That’s something.

This is a terrible cigar.

Jimi is playing “Voodoo Chile.” I light some incense and do a dance around the cigar hoping to bring it to life.
There is a moral to this immoral story. Be careful of misguided PR. Be careful when a cigar is advertised as extremely limited giving carte blanche to the seller for setting the market price.

This cigar does nothing for the rep of either Booth or PCC.