“…So Sorry, Uncle Albert” | Cigar Reviews by the Katman

The 1966 photo above has nothing to do with anything.
I’ve been fighting a summer cold for two weeks now and if I can’t breathe, I can’t review.
You become a senior citizen, like 4 of my readers, and your battles with viruses are a little tougher than when you are in your 40’s.
So, for those of you that think I’m lazy for not writing or just fell over dead…

I am getting better now but I’m impatient and felt the need to reach out to you so I feel better.
I have fingers crossed that in a couple of days, I will be up to snuff as I have a bunch of new sticks to review and I’d like to get to them before 2020.

I did high school plays and a friend got me to audition for “Take Her, She’s Mine,” being produced at Long Beach Community Playhouse in California. The two girls in the photo, with the legs up to their necks, were the leads. The one on the left was a real prima donna. She insisted that the play become a musical if they wanted her in it.

The director picked out a bunch of current folk and pop songs for everyone to sing. I actually don’t remember the tune from that one scene in the play.

Both chicks were in their early 20’s and the guitarist was an architect who played out for fun…also in his 20’s.
And then there was skinny little me who got a boner just looking at those chicks.
Unfortunately for me, they treated me like a pesky gnat.

I also played 5 string banjo in one of the big numbers; playing something like “Michael Row the Boat Ashore.”
And I believe I had 5 or 6 lines in the show.

The musical ran most of the summer and I had a great time at the parties even though no respectable chick would have anything to do with a 16 year old bass player.

One aside, for those musicians that read me…I, stupidly, put a garter belt over the headstock of the bass covering up the Hofner name. And a stupid ass looking decal. It was 1966 and I was dumb as a rock. I think I had a cutout of the Playboy bunny logo on the bridge of my 5-string banjo. I shudder when I see the photo below. It was also during the summer of 1966. All the high schools in Long Beach provided 3 students in music, art, and drama to go to this day camp sort of thing and at the end, put on a production for parents and friends.

I was picked to be in a play as well as play music. I played an Italian count who spoke only Italian. My dad had an Italian friend who agreed to teach me how to say the lines correctly.

He took one look at the script and said, “This is gibberish.”

He taught me how to use the right inflections for the make-believe words so at least I would sound convincing.

I channeled my best Sid Caesar and went over the top with my performance and got laughs…but I didn’t know if it was because I was funny, funny looking, or the audience was Italian.

The happy ending for the story, at least for me…is that the two hot chicks, whose shit didn’t stink, had high hopes for show biz. They accomplished absolutely nothing. And that skinny kid went on, 8 years later, to England and a bit of fame as a bassist. Too bad, so sad.

To finish up, I haven’t been able to smoke a stick in these last two weeks. I’m jonesing hard. 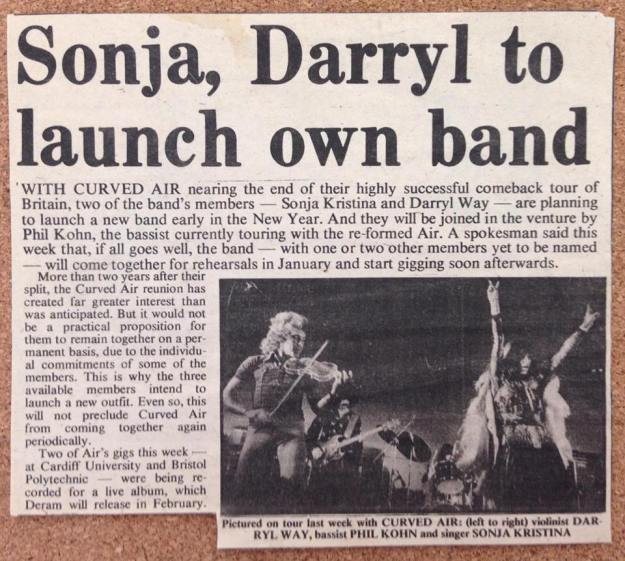