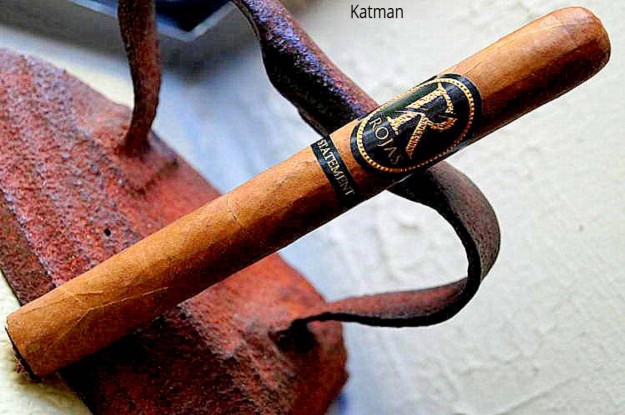 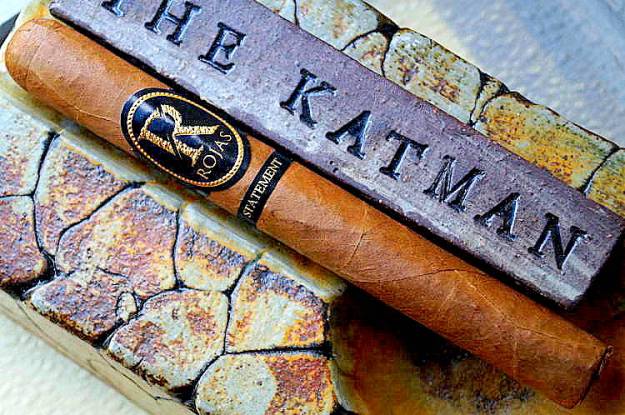 Today we take a look at the Rojas Statement HABANO Cigar Federation Exclusive.
Bought a fiver.

BACKGROUND:
From Cigar Federation:
“Noel Rojas is like one of the behind-the-scenes “Master Yoda” types in the boutique cigar world!
He’s worked with some of the hottest boutiques in the world–Ezra Zion, Stolen Throne, Nomad, Ohana…just to name a few! He’s helped crank out some of the most flavorful and sought after unicorn cigars of the last few years!

“To put it another way…Think of him like a master music producer working with some of the top bands in the world.
And now he’s back with his own personal brand! And we’ve got an EXCLUSIVE blend just for you!

“The Rojas Statement HABANO is a phenomenal cigar in every way possible! The tobaccos are exquisite. The construction is nails. And the flavors are outta control! But…you’d expect nothing less from a tobacco master like Noel Rojas!

“Rojas Statement HABANO is a full-bodied, med/full strength beauty. The complexity and the balance of the blend are absolutely expert level stuff!
I’ve been pretty much chain-smoking these and I can tell you all about the flavors!

Looks like they did all the work for me with the flavor profile!

APPEARANCE:
This is an unremarkable looking cigar. The wrapper is a tawny tan with notes of Bambi. There is a plug at the cigar band and just above it. The wrapper is smooth; no tooth. It’s bumpy and lumpy with a myriad of veins. The triple cap is expertly applied. And it has a completely closed foot.

FIRST THIRD:
Cigar Federation did a very complete job of describing 14 different flavors to this blend as seen above. I don’t know if I can come up with that many but why not?

First of all, I don’t trust blends that fail to divulge their leaf stats. Just me, that’s all. It’s not like they were grown next to a Springfield nuclear plant.

The plug is present and accounted for. Out comes my trusty PerfecDraw draw adjustment tool and with a couple swipes, you can drive a truck through the center.
The draw is fine. Plumes of smoke encircle the room.

Some nice flavors of generic sweetness, some savory notes and heavy black pepper.
But no cigar. It starts out slow with little complexity and very little depth. Still, it’s early.

I saw not a single review online. Not a good sign. There were two reviews on the Cigar Federation page for this cigar and one loved it and the other said “It ain’t no statement.”
So, there we go. Two different reviews unabashedly 180 degrees apart.

Unless the second half becomes a magical carpet ride, I don’t believe I’m going to find 14 flavors.
Strength is medium+.

It’s burning a little too quickly…only 5 minutes for the first inch.
It is a very light cigar in the hand. I think they skimped on the filler.

I can taste the dolce de leche described by CF. It’s nice. But the cigar ain’t heading anywhere toward complexity. Transitions are non-existent. The finish is very short.

I am willing the blend to do better. A tiniest amount of complexity begins with baby steps.
The pepper subsides. It allows more subtle flavors to be exposed.

Still, you compare this $10 cigar to an Isabela $9 Pepper Head and it’s night and day. The Isabela is aged for years. The Rojas Statement HABANO Cigar Federation Exclusive seems woefully short of important aging after being rolled.

And since there is no mention of the leaf stats, nor their aging, I must assume I am correct on this assumption.

The cigar is bland. Even the potency seems to fade. If I hadn’t known what I was reviewing, I’d suspect it was a $6 everyday catalog blend.

I can taste potential; as you can as well. I taste none. C’mon, Rojas…I’m rooting for you.
I’m nearing the end of the first third in only 15 minutes. This is nicht gut. A 6 x 46 that takes only 45 minutes to smoke? Yikes.
I like Rojas blends. But something got fucked up here in the collaboration.

SECOND THIRD:
Yep. 15 minutes. And I’m not receiving any of the main flavors described by CF. I’m bummed.

Maybe the guys at CF have incredible palates picked up stuff I’m just not tasting. At this time, the Rojas Statement HABANO Cigar Federation Exclusive is a one trick pony.
Big fan of Habano blends. I feel let down.

There is now zero complexity. Zero transitions. And the finish is all pepper.
I want to Jeffrey Epstein this stick.

The CF review that said it ain’t no statement…I’m with you brother. What a shame. But then CF is famous for hit or miss special concoctions. Man, sometimes they just slam it out of the park. Other times, they put out drek.

All right…The Stones…”Start Me Up.” Now I’m bopping.
Doesn’t help the cigar though… 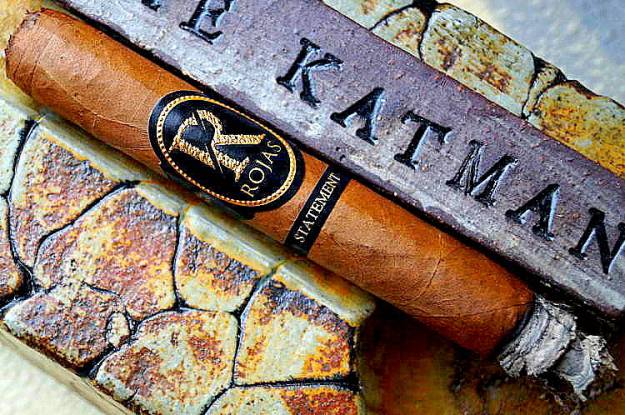 The only significant flavor is creaminess. A bit of generic sweetness. Some savory points. All in all, not a blend to crow about.

The stick doesn’t change. It is completely linear with no side trips. Now I’m wondering if I was generous saying it was like a $6 cigar.

Here is a theory…CF described a gazillion delicious flavors. So, does the cigar need 8 months of humi time to get there? If so, did CF have this blend sitting for that amount of time when they reviewed their own blend? Doubt it.

It’s gotten to the point that I don’t believe any PR given from a manufacturer anymore. Hype and prestidigitation. Too bad. It’s always a throw of the dice when I order a special blend from CF.
I really had hoped this would be a great stick. (Crocodile tears).

So, now I’m just slogging through a mediocre blend hoping that its underfilled belly does the trick to hasten its demise and I can get out of here.

Strength hits medium/full.
Maybe it is time for a tune up and get myself a palate-ectomy.
The CF flavors had to come from somewhere. Where are they?
If the cigar explodes in my face in the last third, the jig is up.
The blend is beginning to remind me of a Gurkha Connecticut.
This cigar is begging for respect and I refuse to give it quarter.

LAST THIRD:
As I start the last third, it’s only taken me 35 minutes to get here.

A small scoche of balance appears. The creaminess is joined by caramel, milk chocolate, and raspberry jam…it’s something.
Nicotine slides in. Perfect.

Transitions begin at a very elementary level. The finish is just cream and pepper.

Oh lord…Uriah Heep is playing. Back in the late 60’s, we went to the Long Beach Arena to see them and like Spinal Tap, they were the loudest band I had ever heard. The keys player did a solo that was so high pitched and loud, that the entire audience grabbed their ears and placed their heads in their own laps. Good times. Everyone had tinnitus for a week.

“Free Bird” is playing. OK…to my musician friends…have you ever played a gig in which the name of this song was not screamed out by an audience member? I haven’t.

The cigar is nearing its finish…thank you, baby Jesus.
This one of the most disappointing cigars I’ve smoked in ages, but at least it was quick. Like pulling a Band-Aid off fast.
I’m now wasting my time. The cigar ain’t going to miraculously change for the better at this point, so I’m done.
Purchase at your own risk.