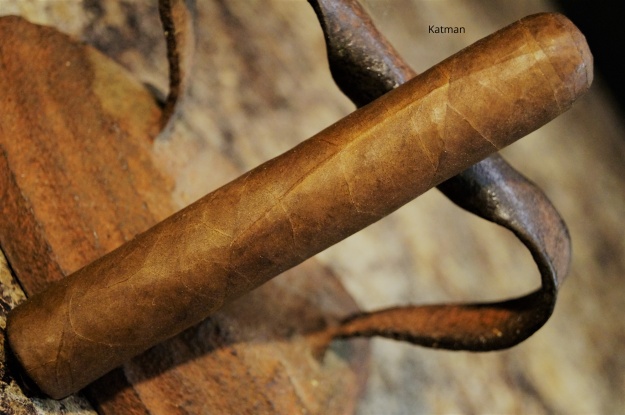 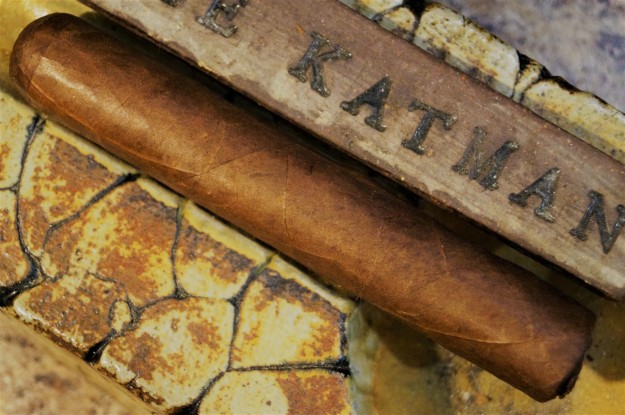 Many thanks to Kevin C. for donating to the cause so I was able to purchase a few of these cigars.

BACKGROUND:
From Casdagli Cigars as reported by Small Batch Cigar:
“While developing the Villa Casdagli blend our starting point was the Daughters of the Wind Robusto. This cigar did not share the blend with the rest of the DotW line and was a USA exclusive.

“It was chosen because of my love for Ecuadorian Habano and the complex flavors it can produce.

“The blend proved very popular, and we decided to create a whole line around it – as Villa Casdagli in Cairo was used as an American Embassy during WW II, we thought it would be a fitting name for a cigar that started as a USA exclusive.

“Before doing so, Jeremy and I wanted to go back to the “blending table” and see if we can improve it further. In our quest for a blend that would ultimately become the Villa Casdagli line, we had to choose four vitolas to start off with and when it came down to the Wide Churchill or the Corona Gorda, we had a tough choice to make…

“We loved it, and so did the team at Small Batch, however for the initial launch my love for Corona Gordas won out and Jeremy has jokingly called me the “godfather” of that size.

“Andrew and the team knew how good this cigar was and after the success of the Pony Express… This seemed like a fitting follow up – and I was overjoyed that this incredible blend will see the light of day in this size.

“We made an exclusive run of 3000 Wide Churchills, only for them – and you, though I did sneak a couple for myself as well.

“I hope you enjoy these cigars as much as we enjoyed making them.” – Vlad”

APPEARANCE:
It is strange seeing a Casdagli without a cigar band. But as it appears from the press release on SBC, this was an experiment in choosing sizes. Only 3000 cigars were produced, and my fingers are crossed that this blend is every bit as good as the rest of the Casdagli catalog.

It is a very heavy cigar. No soft spots but there is a hard spot near where the cigar band would have been placed. Someday, someone is going to explain to me if a small blockage occurs causing draw issues, 99% of the time, the plug is at the cigar band.

Seams are visible but tight. Lots and lots of veinage. A nice, closed foot. The wrapper shimmers like the cigar was dunked in coconut oil. And the application of the triple cap is gorgeous; absolute geometric perfection.

The cold draw poops out on me. I grab my PerfecDraw draw adjustment tool, don my miner’s cap, and go to work…the plug is exactly where I felt the hard spot near the invisible cigar band.
Once more…the cold draw presents flavors of mint, chocolate, espresso, malt, creaminess, cedar, raisins, vanilla, and barnyard.

FIRST THIRD:
Have you, my dear readers, noticed that the median price range for new releases seems squarely plotzing in the $14 range?

From the heft of the tobacco sausage, this is going to be a long smoke. Prepare for useless patter and inane comments.

I’m reviewing this cigar with only two months of humi time. Even Jeremy Casdagli has said that 3-4 months is a perfect time for lighting up. I wanted to do this early as only 3000 cigars were produced, and they have been on SBC for months. Don’t want to review it after they are all sold out. So, regardless of how good I expect this cigar to be, it will get better with a bit more humidor time.

Complexity jumps in early with both feet planted. A very well-rounded flavor profile is doing the hokey pokey on my palate. I’m taking bets wondering if this will be a blend whose whole is master of the sum of its parts…or, it becomes a flavor bomb?

Strength is medium.
Right away, I can state unequivocally that this is a grownup cigar for sophisticates with a smoking addiction.

Early balance is spot on. No morphing into transitions or finish yet but it is very early for this heavy log to strut its stuff.

The spiciness is reclining like a wealthy Egyptian 5000 years ago.

A sip of water and nuts appear…not mine as they are tied with twine, so I don’t trip when I get up…macadamia nuts and Brazil nuts really punch through.

What I love about Casdagli blends is that they are designed for the sophisticated smoker who can really tell the difference between a $6 Partagas and a 15-year aged Cohiba Behike. The blend is smooth as ice. I can’t ice skate…weak ankles and the fear of looking like one of those giant tall balloons in front of used car lots.

With 1” burned, the complexity escalates to the point that only dogs can hear it.

The ash is stout. One of those cigars that if you are an idiot, you can play around with it, so the ash is as long as the cigar before finishing it. I believe those that play that game have a screw loose. And I know what I’m talking about…wait…you know. But do I?
Yeasty freshly baked bread shows up. Creaminess shows up in the form of unsalted butter.

The depth of field is miles long. At this point, I am going to stick my neck out and describe this blend as one whose whole is a holding point for the sum of its parts.

Flavor points are not explosive or showoffs. Makes it easy for me. Actually, that is not true…if I cannot describe a myriad of pop ups, then I have to find a way to entertain you while I smoke this fallen tobacco log. Oy.

A fancy shmancy cigar blend. I have some other $14 sticks waiting for review and based on what I’ve experienced while waiting for them to salute the flag is that none of them come close to the density of this Casdagli cigar. Density in terms of the sheer complex nature of the blend. If I had my druthers, I would stop trying to discern flavors and sit back and enjoy a beautifully designed cigar blend. I feel so sophisticated that I could ask Joan Rivers out on a date.

Savory v. sweet is in alignment.

It is early in the day…but I would love to smoke this cigar with a snifter of brandy or some great bourbon whisky. Or maybe do 12-23 shots of good tequila.

“The Weight” is playing. Hard to comprehend that there are only two members of The Band still alive. Time marches too quickly.
Know what will be hard on me? If McCartney dies. He was my man since 1963. My first bass was his bass, the Hofner violin shaped bass. Leaving Ringo as the only Beatle left seems to be a cruel joke.

The burn becomes a bit wonky. Of course, if you see me in Charlotte’s high heels, it’s the same kind of wonky…maybe worse.

Flavors are mild and I don’t want to hunt for them. I am enjoying the shit out of this cigar. It is the whole megillah. The big burrito. A giant blintz. A massive goiter on an old ferret.

Climate change. We have lived in Wisconsin since 2008. Normally, by mid-October, we are seeing very cold weather with hints of snow. It will be 73 and sunny today. Wouldn’t it be funny if Californians moved here for the weather? No forest fires. No oil spills. No droughts.

Lake Michigan is a mere 15-minute drive away. People fish here but not in the lake. If they do, the fish stick their heads out of the water and plead to be caught. Sort of a fishy suicide because the water looks like green florist foam. But they taste exactly like chicken.

Transitions are minimal. Didn’t even notice til now. Same goes with the finish. This blend is so hearty that the usual rules do not apply.

LAST THIRD:
This will be a 90-minute smoke.

Sammy the Cat is reclining on the balcony in a chaise lounge holding one of those shiny reflective boards underneath his chin. He is trying to get highlights in his thick fur. I think he is gay…although, he has never humped my leg even once.

I would have preferred to allow this cigar to hibernate for another couple months, but I don’t want to be caught reviewing it after they are gone.

The cigar has been on a solid trajectory since it began. It never looks back over its shoulder to see where it’s been.

Strength hits medium/full. Only the slightest touch of nicotine is presented to my shrinking brain.

I bought some of the Villa Casdaglis with Kevin C.’s dough. I believe they are regular production so I will wait another two months before I write about it.

Some cigars excite. Others provide a calmative effect. This baby is the latter. I’m melting like I took some good window pane.

What shall I do after I finish this review? Nonstop relations with Charlotte. I’m able to make it last an astounding 20 minutes…30 minutes if she is awake.

This is a non-typical short review as I find myself forgetting to hit the keyboard. I’m in a state of tranquility…even though this is still illegal in Wisconsin. 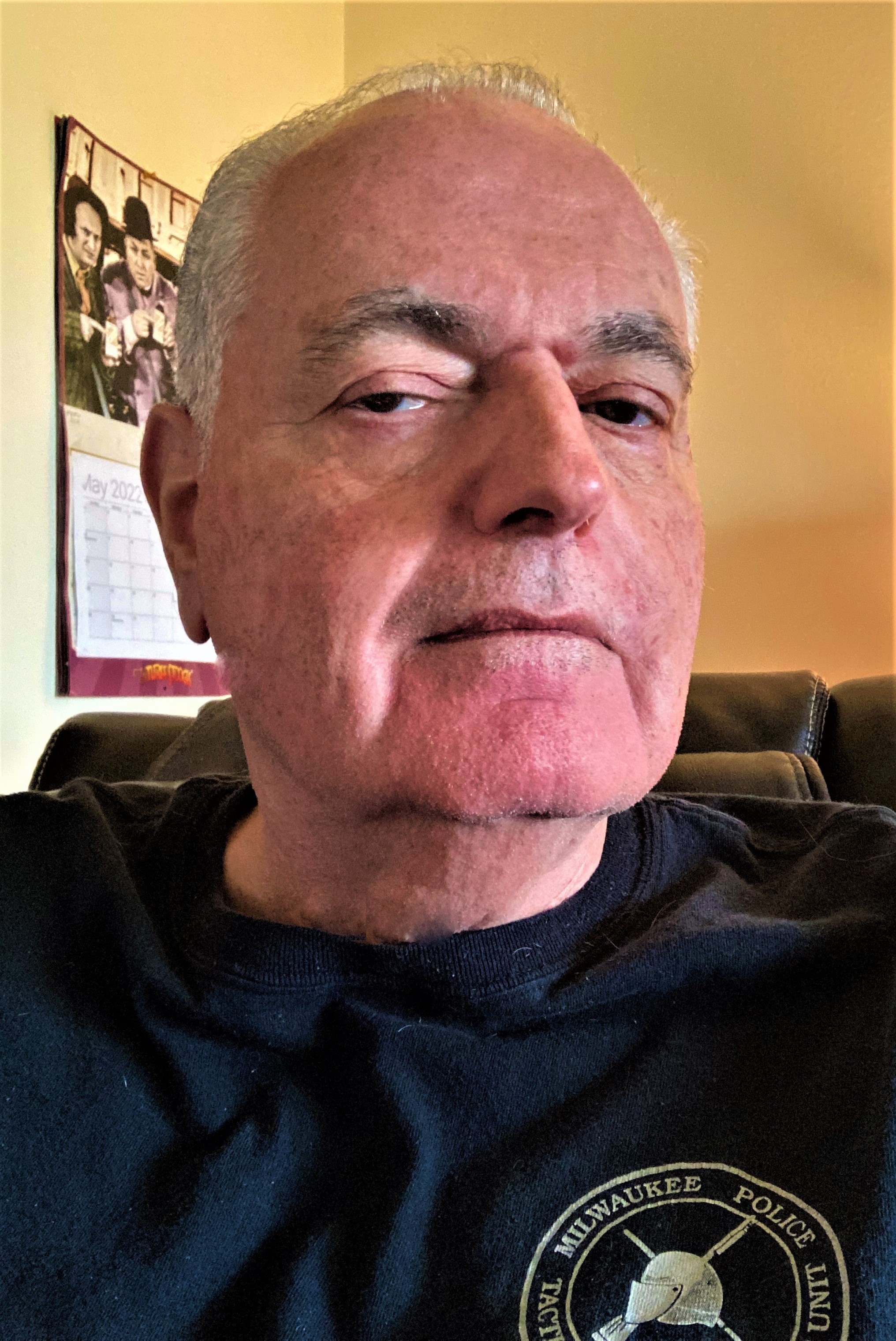