The Conjura is the addition to the Room 101 line. Conjura means Conspiracy in Spanish. This cigar is a dual partnership between Matt Booth and Camacho Cigars.

The stick is slightly boxed pressed with rounded corners.

Cigar Aficionado awarded it a score of 93.

There is nary a vein. And it has that combo of smooth and toothy. The wrapper has a sweetness to it, like molasses and is intensified at the foot. The stick is very firm in the hand. No soft spots.

I punch the cap and light it up.

Initially, the flavor is one of a kind. Lots of earthiness….a sweet caramel creaminess. There is no detectable spiciness. And vanilla bean rounds out the first few puffs.

The char line is a bit erratic at first but I think it will correct itself.

And here comes the black pepper in the back of the mouth. Complimenting the sweetness nicely.

This stick is supposed to be the fuller bodied version of the original Room 101. And even though, I just started it, I can feel the strength in my gut.

This is a big cigar. And very heavy. 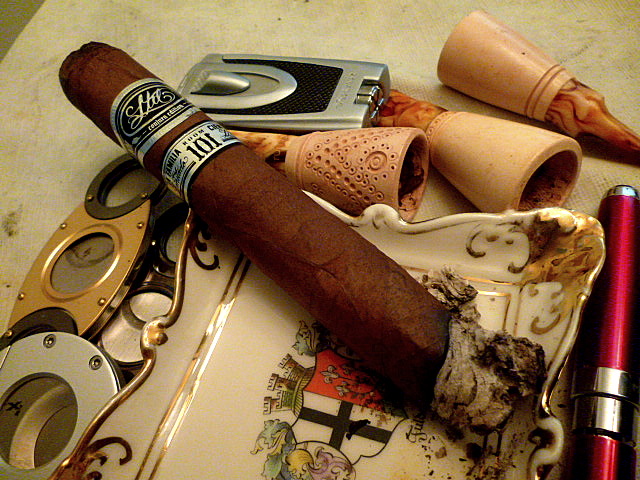 The first third is all about creaminess and earthiness. The body had shrunk to medium. And the flavors began to dissipate. I hoped for a resurgence.

The second third livened up a bit with vanilla and coffee. A bit of cocoa in the background.

The sweet caramel was the dominant flavor. And from the ashes, came a nice cinnamon. This is not what I was expecting.

I’m having a tough time with the burn. It just won’t get its shit together. I even had to re-light it once. 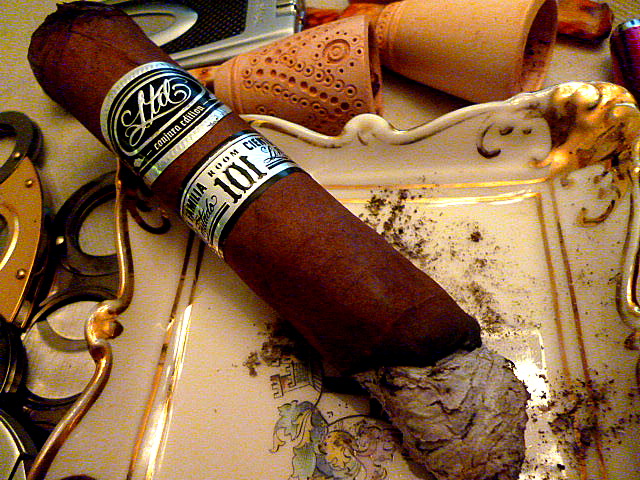 The second half welcomes the arrival of some red pepper. I am hoping that the first half was the precursor to the fabulous second half. Fingers crossed.

The last third is more of the same. The flavors are subtle. Some complexity. No where close to being full bodied. Which tells me that this stick has been smoked too soon. I have had several of the original Room 101’s and they were pretty much ready to go off the truck. Not this baby. A shame. 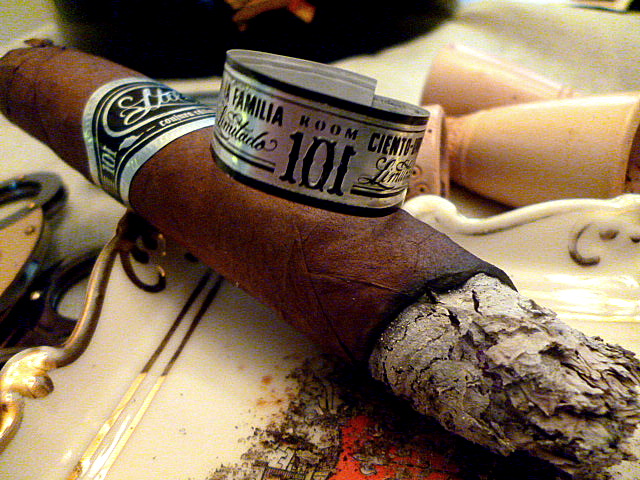 You’d think the follow up would at least follow the same guidelines. Instead, it is a completely different cigar.

The stick finishes out in a whimper. Disappointed. 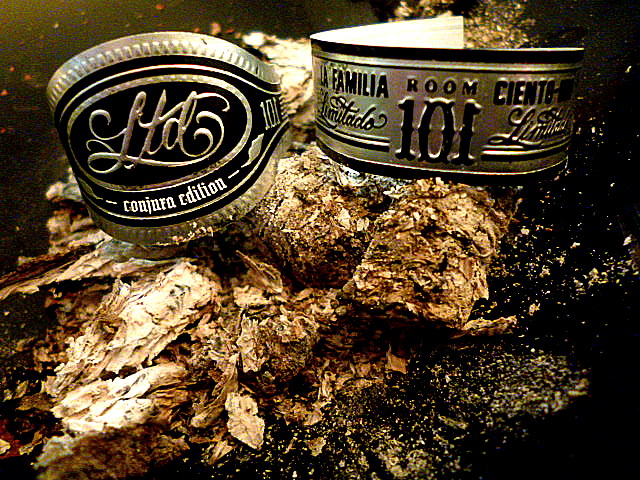 It was my 25th birthday in February. I was in London. Curved Air’s start of their English and European tour were to begin the next night.

To celebrate, my band mates and the members of the band, Renaissance, went to the famous Marquee Club. It is sort of the English version of the Whisky A Go Go. And it was right off of Piccadilly Circus.

I have no idea who was playing that night. As soon as we got there, Stewart, our drummer, handed over some writing paper. It was a letter to him from a friend at Berkeley. It was all blotter paper. And the friend dosed the entire letter in acid.

Stew ripped off a small piece the size of a dime and handed it to me. I took it and placed it on my tongue. Stew and Sonja insisted I down a giant beer right afterwards.

We went into the room where the bands played and within 15 minutes, I was flying on a magic carpet ride. I looked over at Sonja and tried to speak but couldn’t.

She smiled the smile of the Cheshire Cat. She put her arm in mine and walked me out and into the lobby where we found a bench to sit on.

Time no longer had meaning. We sat on that bench for hours. It seemed like minutes, but the evening had come to an end. People were filing out and leaving. There must have been 25 people with me, including the two bands. They heard what Stew had done to me and were laughing hard and doing tricks with their faces and hands to freak me out. They had not had their dose yet.

A big circle of friends surrounded me as Stew handed out the medication. Everyone took a piece. I told them they had no idea what was about to happen to them and they laughed at me.

We ambled outside with Sonja guiding me. Piccadilly Circus was crowded with night crawlers at 1am. Trying to get a few taxis to take us back to my flat was impossible. So I let out a guttural yell, “TAXI!!!!”  and it heard me and came to our location. We all piled into 3 taxis.

Sonja and I were the only ones medicated in our taxi. There were 4 others still trying to fuck with me and laughing…I kept pleading with them to stop…but even in my delirium, I knew that I would have the last laugh.

It took about 15 minutes and we were home. We all went through the door while I heard voices asking, “What’s going on? Where am I?”

I laughed. I was already 4 hours into my journey and theirs was just beginning.

I sat in the living room staring at a freaky poster on the wall. I watched as the poster melted and took on odd shapes. I laughed hard.

A chick with us walked into the living room where I sat alone. She had tears in her eyes. She asked me if it was always like this?

I replied, “No. It’s not usually this good.”

She ran screaming down the hall.

This huge group of people were dazed and confused and all having a good time…except for this chick who bragged she had done plenty of acid, but in truth, had never done it….so she began to bring down a small group who became her caretakers.

And then I got stomach cramps. I didn’t know if they were real. And then a moment of clarity hit me and I ran for the bathroom. My flat was a basement flat in a several hundred year old building. No heat. And it was winter.

The bathroom was tiny and I could see my breath as I sat on the toilet.

This is something you never want to do….take a dump while high on acid. All my senses were concentrated on my asshole. Disgusting.

But I made it through and ended up feeling much better and returned to the group.

Turns out, the chick had left the flat to get some air in the cold night. She was out there for a bit and began to freak out but she had locked herself out and no one could hear her knock.

She stood out there for an hour and when someone finally went looking for her, they discovered a heap of a person on the front door mat. She was brought in where she proceeded to vomit and cry.

She was bumming everyone out. I walked away.

The inside of that flat was like a circus with everyone doing something different to entertain themselves. Sonja found a lemon in the kitchen and spent several hours “walking her lemon.” My good buddy, Skip, accompanied her to keep her safe.

We were up all night. People began to file out around day break, heading to their homes. And hopefully, some sleep.

I managed to crawl into bed and slept….but with some amazing dreams.

Both Curved Air and Renaissance were to open in London that night. CA was made up of hardened Hippies. What’s a little acid? No biggie.

Meanwhile, the Renaissance boys couldn’t take it and had to cancel their gig.

Holy Shit! I got blamed for everything. Not Stew. Me.

Annie Haslam, their lead singer did not do drugs and was not at the birthday party.

She held me personally responsible and from that day forward, never spoke to me again. As we had the same manager, there were times I saw her in the halls. I would say hi and she would turn her head and ignore me.

We played beautifully that night with 3 encores.

The boys of Renaissance spent that night in bed, whimpering.