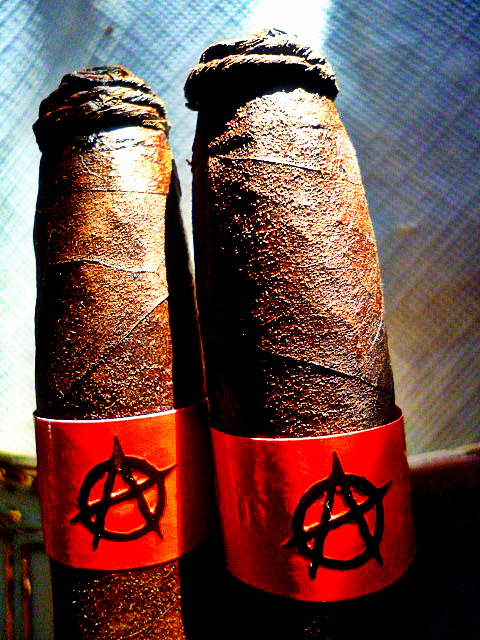 *Bulletin* “Special-Special” !Read All About it!

Yes ladies and germs, it is my pleasure to announce that the musical production of “Phantom of the Opera” has reached its 25th year on Broadway making it the longest running show on the Great White Way (And I’m not talking about Idaho).

As of late I have become a regular patron at Smoke Inn online. http://www.smokeinn.com/

They always have an excellent selection of cutting edge cigars reasonably priced; all this to my wife’s dismay.

In 2010, prior to the launch of celebrating their 15th year anniversary,  Smoke Inn Cigars launched their “Micro Blend Series.”   This series features some of the best blenders and cigar manufacturers producing limited run of cigars exclusively for Smoke Inn.

I think it important to bring to your attention that Pete Johnson, or someone close to him, has a “Star Wars” fetish that includes Princess Leia because I have never seen pigtails on a cigar of this size. On Leia, they looked like large chocolate cinnamon buns. And I believe if I took a tape to the cigar’s pigtail, we would find they are the same size as Leia’s.

I sniff around a bit….I get barnyard, hay and copious amounts of cocoa. This occurs at the foot of course.

I grab the dildo….I mean turkey cutter…and clip one of Leia’s ears off.

Immediately, I get a perfect draw with luscious amounts of smoke showing off the cocoa aroma and adding a bready/toastiness to the body.

This stick is all about the cocoa and all else is ancillary. Some red wine notes and a creamy buttery smooth component shows up later. And of course, the heartily expected dosage of medicinal red pepper rears its lovely head.

About an inch in, the spiciness kicks in. And makes a nice pairing with the cocoa.

This is my first stick of the day, and by being so, I am taking it nice and easy. I would not deem this ordinarily as your first cigar of the day. It is potent!

As I begin the second third, the cocoa, the creaminess and the pepper run neck and neck. Without the cocoa or the creaminess, the spiciness would clearly be a forest fire.

I discover a slight plug in the upper third of the stick. Having smoked several prior to this review, this is a first. So I run my icepick-doo–hickey gently into the cap until I hear a cracking sound. I stop and slowly unwind the device and Voila! Problem solved.

The char line is pretty close to dead nuts perfect…and strong. I am limited to a cheap camera and am the victim of the morning light coming through the front and dining room windows…so I am constantly grabbing the ashtray and moving it…all the while, the ash staying in one piece. Well done Torcedor #9.

The second third is all about consistency. And complexity. The cigar is beginning to really show off now. All of the aforementioned flavors and aromas are melding together to provide me an experience of a smoke. Experience. The only part of the experience I miss is the luscious amounts of smoke I experienced in the beginning. Clearly, this cigar is wrapped a bit too tight. Which also explains the ash holding on so long….Because it’s making me a crazy man trying to get my spooge shot of wonderfully colored blue smoke wafting gently above the stick. Damn it to hell. 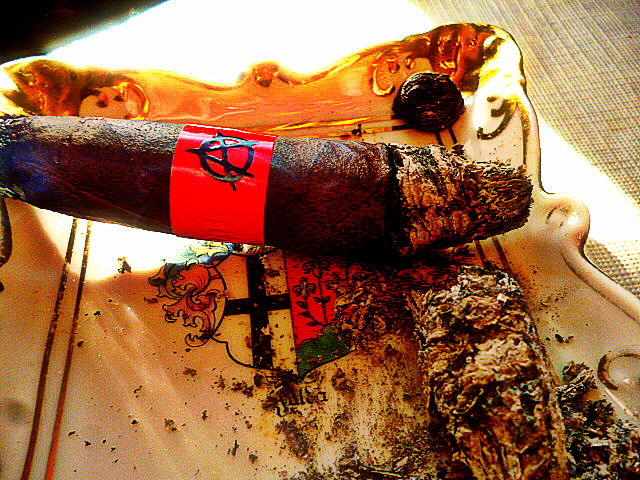 The creaminess in the final third takes off for the moon. It makes the cocoa into a creamy milk shake. Also at this point, the wrapper where it meets the ash is beginning to unravel a bit…so; I sadly force the ash off to take undue pressure of the foot. But I refuse to lay on my back for an hour so I get the money shot of a nub with a 2’ long ash.

Nicely, the last third’s power doesn’t try to hit one out of the park.

The last couple of inches are very redolent of cocoa, creaminess, spice, some Merlot tasting wine, a nice toastiness, and the best part of a Hostess Cup Cake.

Knowing this will be a very limited production, I bought a second box after receiving my first. I have only had these cigars for 2 months and I’d like to see how they do with quite a bit more aging in my humidor. I’m sure they will be singing arias from “Phantom of the Opera.”