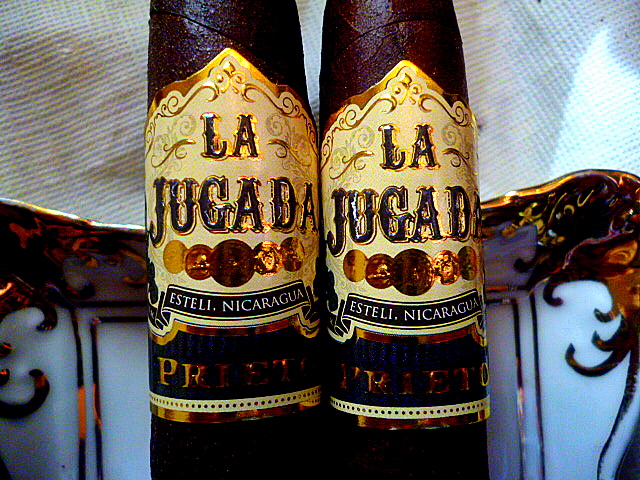 The cigar is called La Jugada and the blend: Prieto. Prieto, in Spanish, means “Dark.”

The is the newest brand coming out of La Zona. La Jugada Prieto is a Maduro blend, medium to full body.

And as far as I know, this is its first review. I want like to thank Danny Moya and Nelson Ruiz for samples.

This is basically my first review in almost a month. My wife and I got hit with that damn flu bug and laid us low starting with bad cold symptoms, then bronchitis, and then finally pneumonia. We have single handedly help pay the college tuition to several doctor’s children.

But after a solid 4 days in bed sleeping and taking antibiotics, I woke up feeling pretty good this morning. So what better thing to do with that feeling but review the La Jugada.

So here we go….The boys at Moya Ruiz were kind enough to send me two vitolas: a 5 x 54 and a 6 x 56 torpedo. I am guessing on the size but I was able to get the blend correctly thanks to Danny.

I will be reviewing the robusto as it probably is ready to smoke right now. The only upside of being at death’s door, is that your cigars get that little extra time to rest/age…and for me to figure out who shall get my cigars in my will. LOL!

Construction is near flawless.. The dark San Andres wrapper covers some small imperfections and veins. The seams are tight. And it looks like a triple cap…no skimping here.

I sniff around a bit and I get sweet birch. And a real heavy dose of dark chocolate, which prompts me to grab a Diet Coke. If you’ve read me before, you know that the Coke and cocoa experience is the perfect chocolate soda or Egg Cream combo. They were made for each other.

There is also some cinnamon, leather, and a healthy dose of nuttiness. This cigar has a superb aroma.

So I clip it and light up…

Immediately, I get heavy cinnamon with some red pepper. The cocoa washes over both these flavors like a tidal wave. The sweet birch lays back a bit as well does the leather and nuttiness.

So far, this is a real treat after coming out of hibernation for a month. There is a citrusy sweetness as well. The draw is perfect. The char line is a little imperfect and we shall see if it corrects itself or if I have to give it some help.

The San Andres wrapper has come from obscurity and disdain to many of the best blenders’ favorite wrapper. And I concur wholeheartedly. It adds a deep, rich, well balanced flavor.

The char line cleans itself up.

This is the first of the 4 cigars I have smoked that Danny and Nelson sent me, so this is a new experience for me.

The first third comprises richness of flavor and a nice medium body.

The second third ramps the red pepper. I have to take this stick slowly as it’s my first cigar in a while and I have nothing in my ample gut. And it’s not even 8am yet..

Normally, I huff and puff to get a nice smoke trail going for my photos but this cigar needs some real puffing and my lungs are not up to it yet so I shall take some photos later and add them to my review.

Near the halfway mark, I get a sweet veggie taste. The cocoa is ramping up along with it. This is a quality made cigar and while I don’t have the pricing, I would guess it’s in the $8 range. Brand new boutique cigars are very difficult to price in the blind.

The last third digs deep and goes complex on me. The cocoa remains the strongest flavor while the spiciness maintains an even keel. There is a slight burnt almond component; almost like marzipan…which I love. 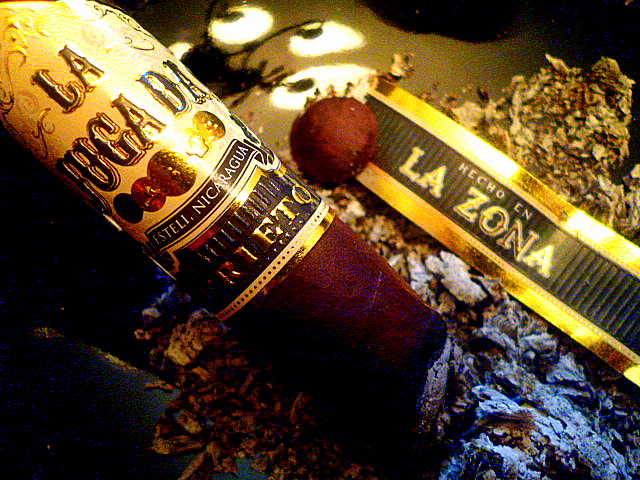 As I find my way just past the last third, there is a tidal wave of creaminess. It blends with the cocoa and the Diet Coke like it was made in heaven. If you’ve ever had a chocolate soda, you know exactly what I’m talkin’ ‘bout here.

The cigar band is huge so it must come off. I might add it is a gorgeous band of green and gold…my Green Bay Packer’s colors. Shame on them for losing to the 49’ers.

The flavors of the last third are just bouncing off of each other like tennis balls. Meanwhile, the body remains in the medium range. A good morning cigar for those of us who like them strong and can be used as a depilatory. 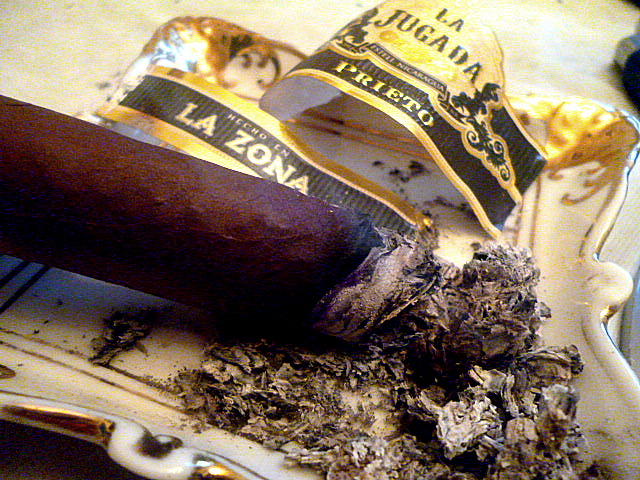 The nuttiness intertwines with the leather and the cocoa with the creaminess. The cinnamon has stayed the course. And the spiciness is at a nice level. Not too strong or not too weak. As Goldilocks would say, “Just perfect, now where is lunch?”

Out of the blue, there is a refreshing vanilla component that the cocoa brings out. That slight veggie taste is completely gone; just a small phase I guess.

Considering this is the first stick in a while for me, I appreciate its low nicotine content. I was worried that I’d be shaking like a wiggle stick on my first review in a month but so far, so good.

And as I write this, the body picks up and moves closer to the full side of medium.

The cigar is very complex in the last couple of inches. The flavor components mesh nicely and it proves to be very well balanced. The boys don’t have a web site but they do have a Face Book page: https://www.facebook.com/moyaruizcigars

It will be there that you can ask Danny or Nelson any questions you might have about availability and price.

The last inch is not harsh or bitter and maintains a strong sense of cocoa along with that delicious creaminess and French vanilla flavors. At this point, the cinnamon is fainter.

I really enjoyed this cigar on two levels; first, it’s my first cigar in a while and, second; this is a really well made stick and I look forward to trying the torpedo.

I think the pairing of Danny and Nelson was a good choice for both of them as they were able to put their talents together and produce a mighty fine blend. 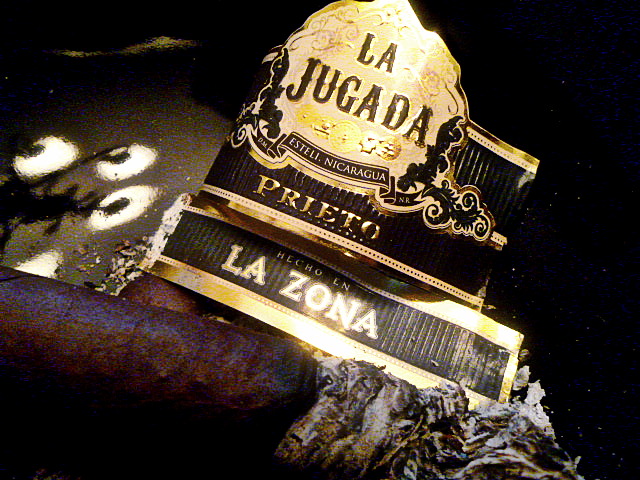