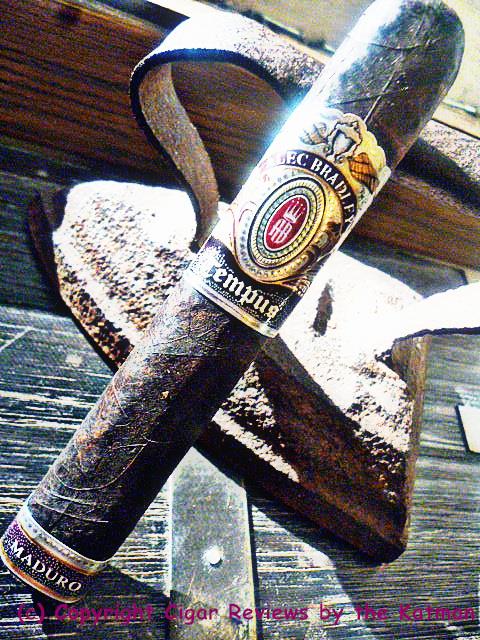 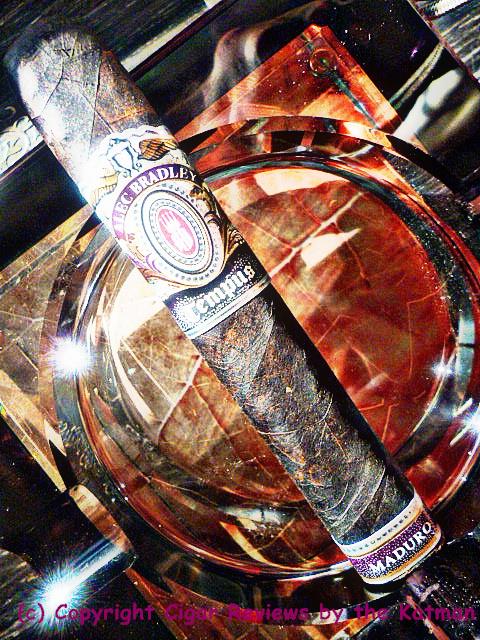 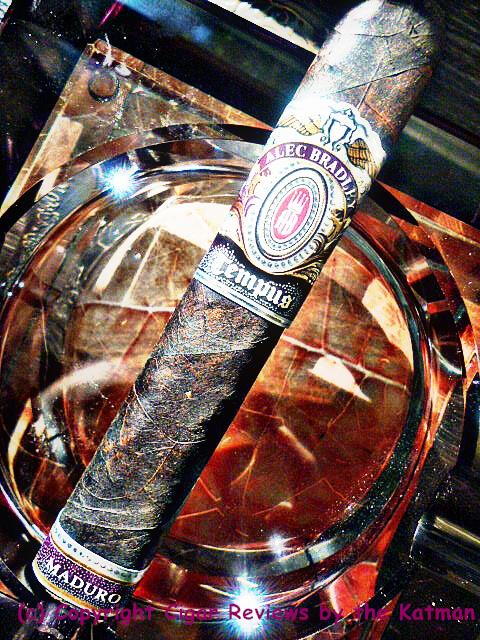 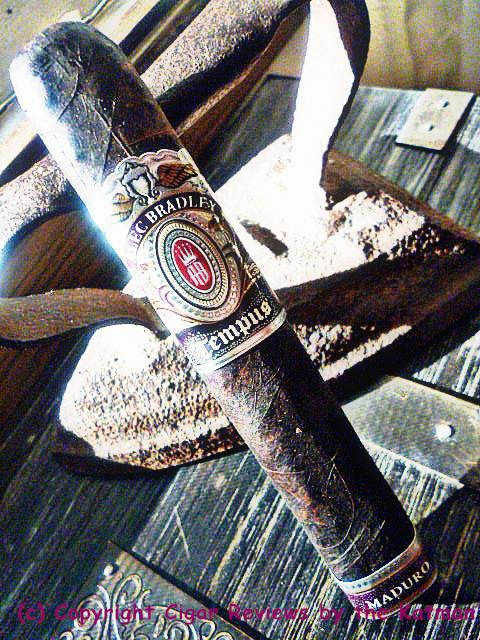 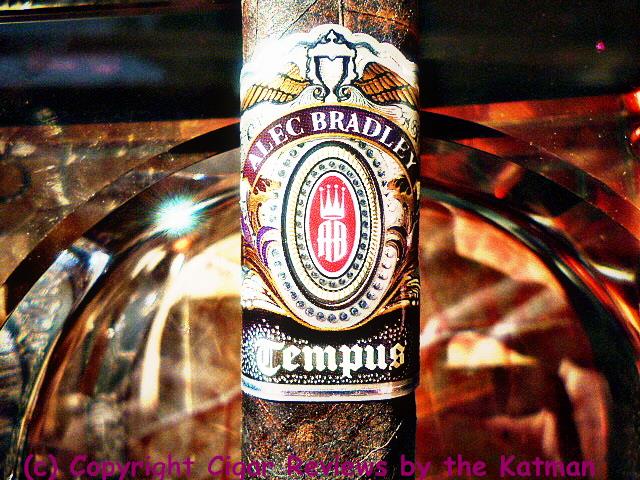 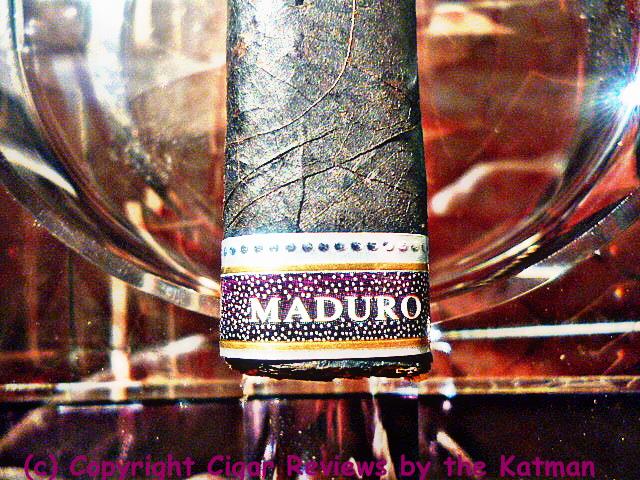 Today we take a look at the Alec Bradley Tempus Maduro Quadrum. A stick I’ve had for a long time and buried deep within the confines of the drek humidor…by accident, of course.

The cigar was originally released in 2008 so we are taking a ride in the way back machine, Mr. Peabody.

Did you know that Tempus is Latin for time? I didn’t. Had to look it up.

The stick is made in the world famous Raices Cubanas factory in Honduras.

This Quadrum size of a box pressed 5.5 x 55 is a requirement that CI and all its other stores force the big and popular cigar manufacturers to build just for them. Apparently, it is the most popular size of cigar from a standpoint of sales at CI.

I only have one of these so I better not screw this up. It is a beautiful stick. A near coal black with purple highlights that are brought out by the multi colored cigar bands, both main and foot. Seams are very tight.

Not that many veins. It has a flawless triple cap. The wrapper is oily and as smooth as my tushy.

The stick is rock hard. The cigar, not me.

I clip the cap and find aromas of spice, cocoa, floral notes, cedar, fruitiness, espresso, some sweetness, and barnyard.
Time to light up.

The draw is a bit tight which I expected holding this crow bar.

An immediate rush of flavors: Sweetness, cocoa, floral notes, fruit, coffee, caramel, cedar, coconut, and a lush earthiness. Yikes. I must have had this cigar for a while hiding where I couldn’t see it. 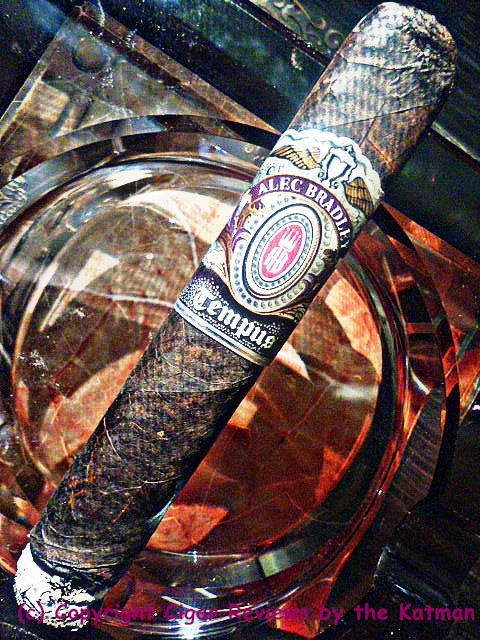 It has hit junior flavor bomb status at ¼” burned. I have no idea how this blend will keep up with over 5” to go.

I want to thank Doug Nelson for sending me a giant bushel of cigars. This is the second time he has done this and if there ever was a mensch, it is Doug. Thank you Doug. If you send me a photo, I will admit you to the VIP Sponsor list on the left side of my blog. (I’ve already asked but I thought I would shame him by asking in public).

And there it is….root beer. I read a review that says it tasted like root beer and I didn’t believe it. But here it is. I grab a Diet Coke because I have no root beer in the house. I can almost feel the foam on my nose.

The blend is super sweet. The fruitiness develops into cherry and raisins. There is a malt flavor that mixes well with the other deluge of flavors.

This is another example of a twirling disco ball shooting laser lights of flavor in every direction possible. It’s gone mad, I tell you. MAD!

The char line needs a minor touch up. Bad Tempus, no treats for you. 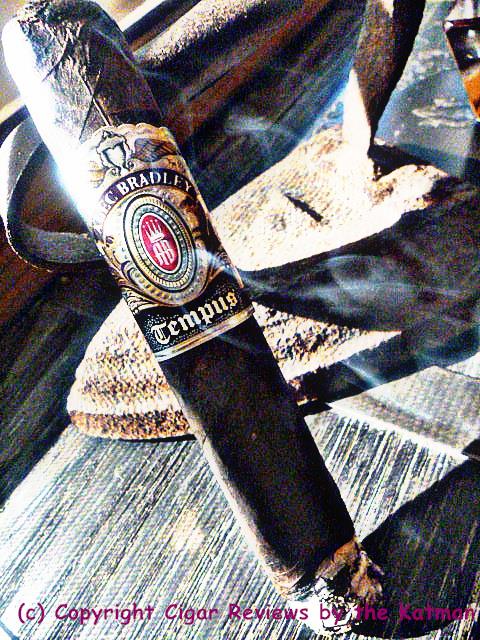 Caramel morphs with honey. The espresso settles down into a caramel macchiato. But still with the bite of strong coffee.

I begin the second third and the flavor bomb status is secured and I don’t know where else it can go but up. Salted mixed nuts show up next.

I had all the sun my little heart could desire then after 45 minutes, it’s gone. Gone, baby, gone. Sniffle. 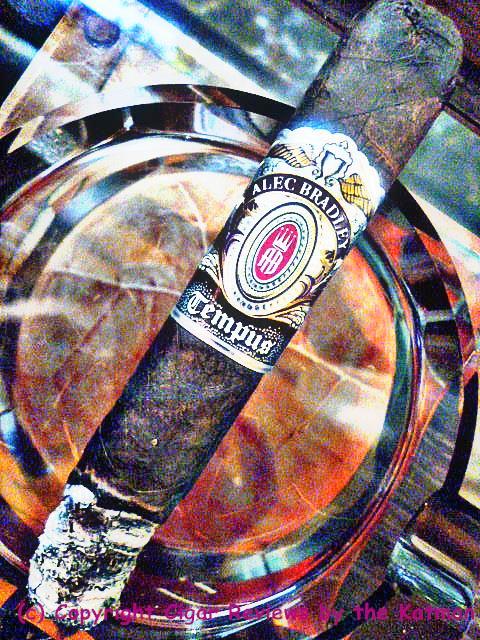 I checked Cbid and you can get this cigar for half the MSRP or even CI retail. So, $4, or less, for a cigar of this quality is just amazing. It is worth the $8 price point. And if greed kicked in like every stinking single new cigar to come out of the July IPCPR trade show did, it would be a $12 cigar. But the Alec Bradley Tempus Maduro Quadrum is of an era gone by.

Have you checked out all the new sticks? Is there anything below $12?

My very first VIP Sponsor ponied up some dough for me this week. Greatly appreciated Schmuel T. Horowitz. I gave it some thought. I could buy maybe three five packs of the new stuff or I could buy myself some really decent cigars to smoke….I chose the latter. I went to Small Batch Cigar and snagged a box of Nica Rustica. 25 cigars for $116.00. That’s just damn nuts. There are Greed Monsters out there asking close to $150. A few months ago, I was gifted a box of these great cigars and so they lasted. After 4 weeks, they are magnificent. So that’s my plan. Leave them alone and then enjoy. Thank you Schmuel.

One can’t ask for more. 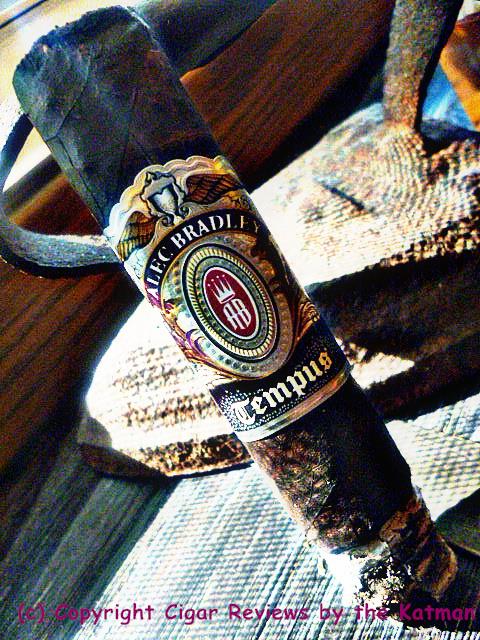 Dead center at the halfway point and the flavor profile mellows out considerably. The potency of the flavors has disappeared. There is zero spiciness. And about half the flavors have moved so far into the background, that it is hard to differentiate them.

Did the initial burst of flavors fry my palate?

And now the char line needs a major tune up.

The main flavors are coffee and sweetness. There is a small amount of creaminess but nothing like before. Fingers crossed that when I enter the last third there will be a resurrection. 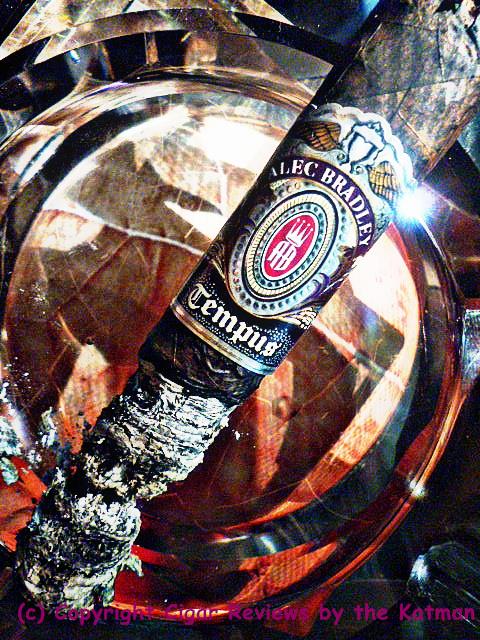 You ever do business with Doc James before? They are pirates. I got an email from them telling me that if you buy one or two five packs of Jericho Hill they will throw in a free 6th cigar for each 5 pack. Plus it says it offers free shipping.

So I took it all the way to check out and there was no mention of the free cigars. And the coupon code for free shipping didn’t work. So I called them. I was told that they automatically throw in the 6th cigar.

Uh-huh. And the free shipping is only available if you spend a minimum of $175. That’s not what it says on their web site. To make it worse, these pirates want $10 to ship a single 5 pack. $10!! Fuck them.

When I mentioned that they should clarify the minimum purchase thing, the guy got snippy with me. Like I said, fuck ‘em. Sticking with Small Batch. The $10 shipping wipes out any advantage the 6th cigar would bring.

Back to the Alec Bradley Tempus Maduro Quadrum.

The last third begins and the flavors begin to come back. Slowly, but surely. Even some spice. That was weird. It was like the cigar needed a rest halfway through to catch its breath.

Burn issues now seem to plague the cigar. Nothing monumental, but just annoying. It started off so great and now this.

Alec Bradley Cigars is not the most consistent blender. I’ve found with all of their blends that there is always some sort of issue. Nothing major but some sticks are very expensive…like the Mundial and the Lineage. Both reviewed here. Great cigars.

I’ve been remiss in discussing the strength. It starts out at classic medium but by the halfway point, it reaches medium/full bodied.

The last third sees it start moving towards full. 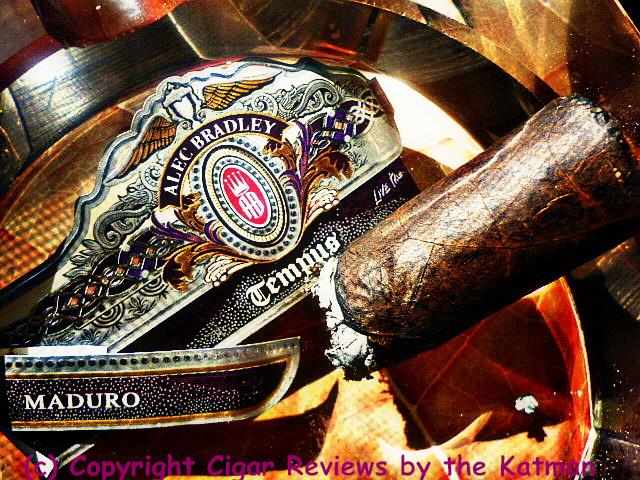 The entire list of flavors return in a mellower version. It seems that the first third was the sweet spot. This is a first for me.

Unfortunately, I don’t have a second cigar to compare it to so I have no idea if this is the way the blend was intended or I just got a mutant.

In either case, for $4, the Alec Bradley Tempus Maduro Quadrum is worth having. 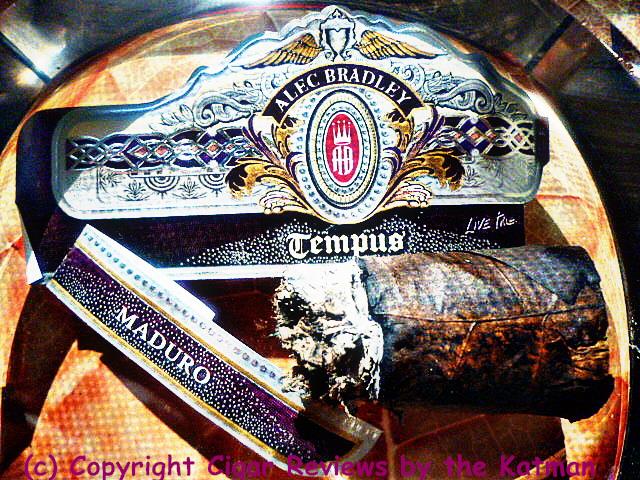