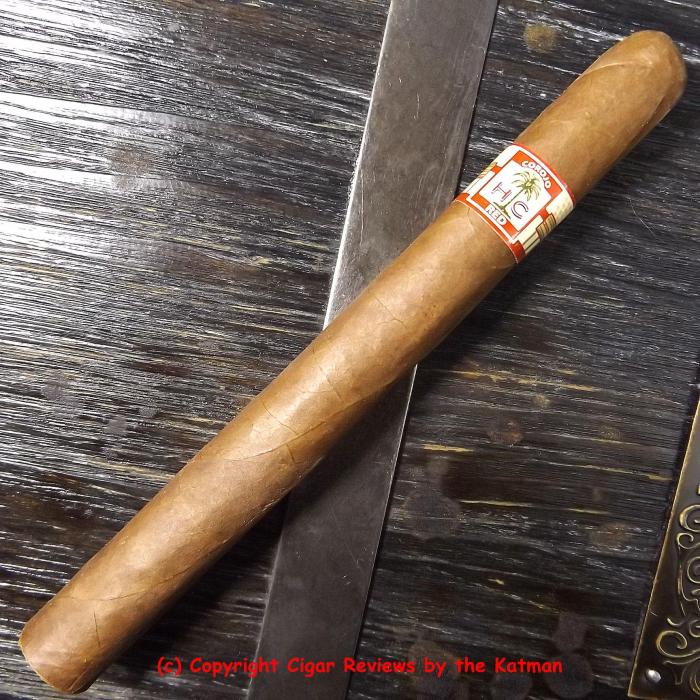 Today we take a look at the HC Series Red Corojo.

This is an inexpensive bundle cigar that is new to the Xikar HC Series.

Clearly, this is a house brand produced specifically for the CI Conglomerate.
I purchased one over a month ago. So I have no idea what to expect. And this is my first shot at one.

It is a slightly rustic stick with lots of veins. Seams are tight. The cap is impeccable and but is difficult to determine how many caps are. I’m guessing it is a double cap. The wrapper is sepia brown with lots of oil. The wrapper is smooth as silk.
It is a firm stick but not hard. Right where it should be. A small amount of give when pushed gently.

I clip the cap and find aromas of spice, cedar, lemon/orange citrus, floral notes along the shaft, peach, leather, cocoa, and wood.
Time to light up.

The draw is excellent.

At first, there is an earthy, rich tobacco element. Spice begins to build in the back of my throat.

The char line is the tiniest bit wavy but who cares.

Like a light switch, I get a sweeping mix of flavors: rich milk chocolate, red pepper, creaminess, nuttiness, and some toastiness.

Now the real test is how complex this blend can get and how much interest can it put forward in a long 7”. (That just seems wrong.)

The flavor profile is very smooth. The strength is a light medium body.

The pepper keeps on building. It finally reaches habanero proportions. Woo Hoo. My tongue is burning.

I fully expected to report back to you that this was a dud. But it isn’t. Yes, it is a bundle cigar but clearly, Xikar takes it seriously before putting their name on a cigar.

I am enjoying this cigar. A perfect knock around, inexpensive quality stick. Flavors are good. The strength hits medium/full after 2”.
And only a month or so of rest. 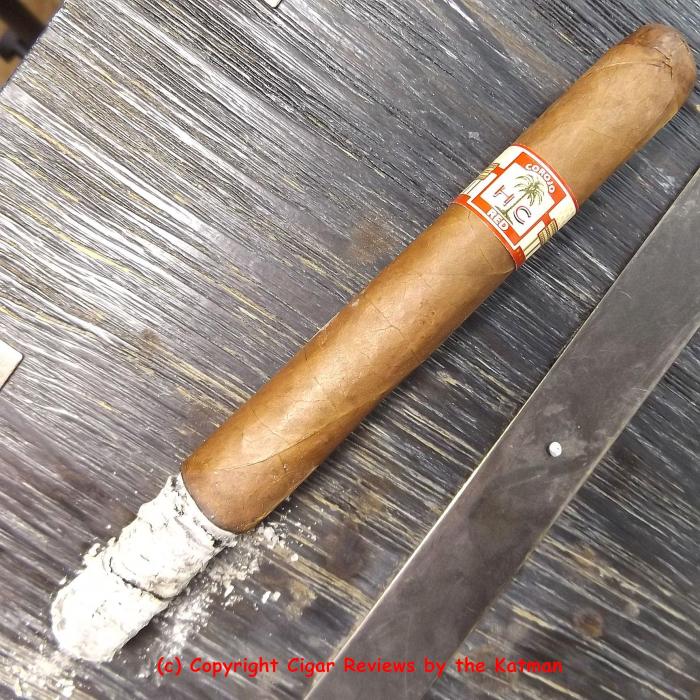 The construction is great. Razor sharp burn line. The cap is hanging tough. And no wrapper issues. 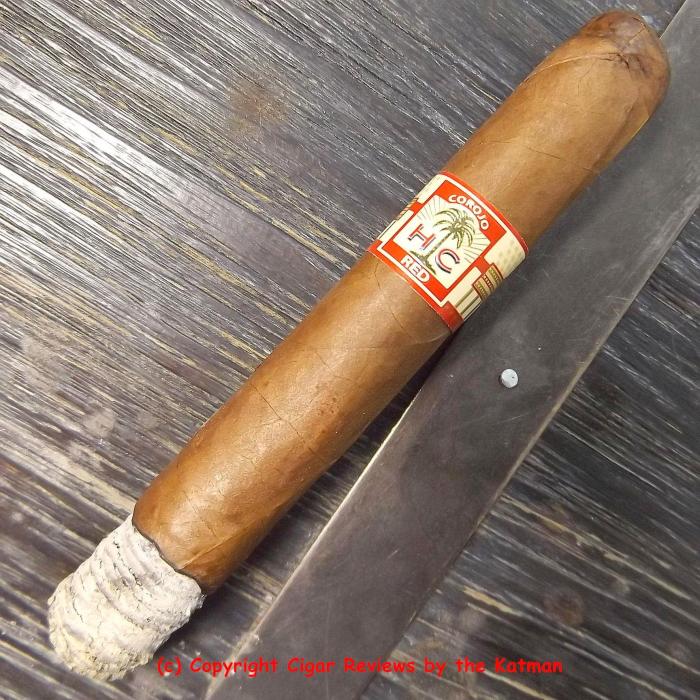 It is hard to believe that a bundle of 20 ranges from $50-$60. And even cheaper on Cbid. I just checked and they have two bundles going for $19 and $9 respectively that ends today. My lord. Pennies on the dollar.

This HC Series Red Corojo is a lovely cigar. The complexity fades. It doesn’t have a long finish. But it has nice layered flavors that keep my interest.

Did you know that the bassist on Donovan’s “Mellow Yellow” was John Paul Jones of Led Zep? 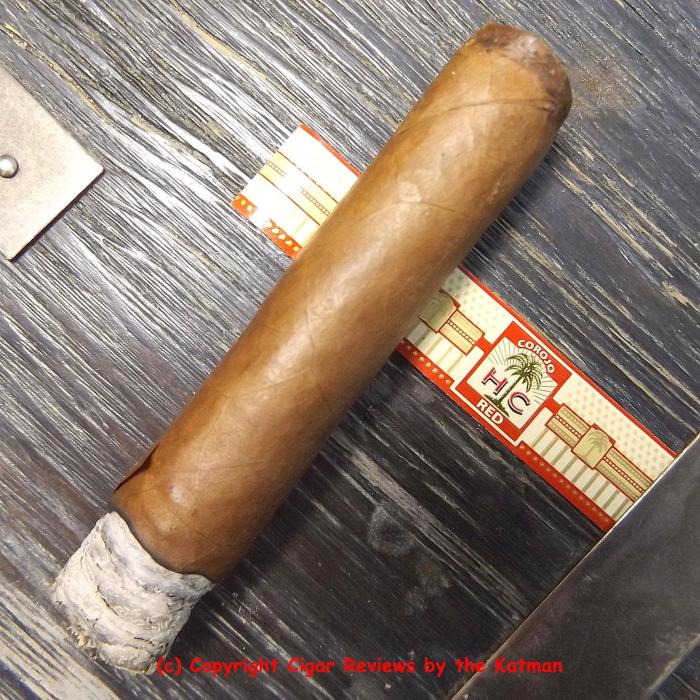 The halfway point is the sweet spot. Flavors become bolder and more defined. My tongue continues to burn from that Corojo leaf.
Right now, the creaminess, chocolate, and citrus are running the show…next to the habanero pepper, of course.

I’m a happy boy. I am so relieved. I hate writing critical reviews. Fucking ruins my day to have to trash a cigar.

When I have dough at the start of February, I am going to snag a bundle. I gotta be honest here. It is more about the spiciness for me than the other flavors. I love spice bombs. Yet, the HC Series Red Corojo is not so spicy that if fails to allow other flavors to strut their stuff. That’s the key to a good spicy cigar.

Once again, the construction is maintaining an even keel. 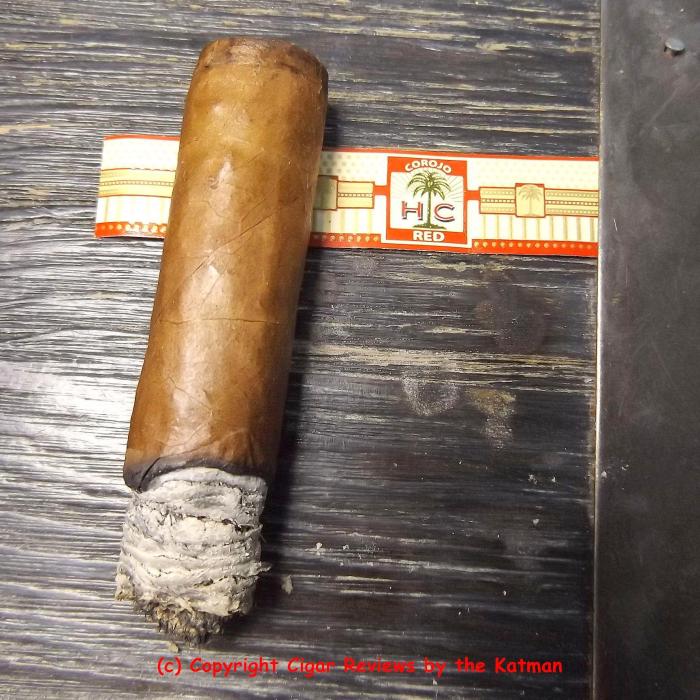 I’ve got an anecdote at the end of the review that I don’t believe I have told you. Full of sex. (I realize I just lost you and you’ve skipped to the story and the hell with the rest of the review.) 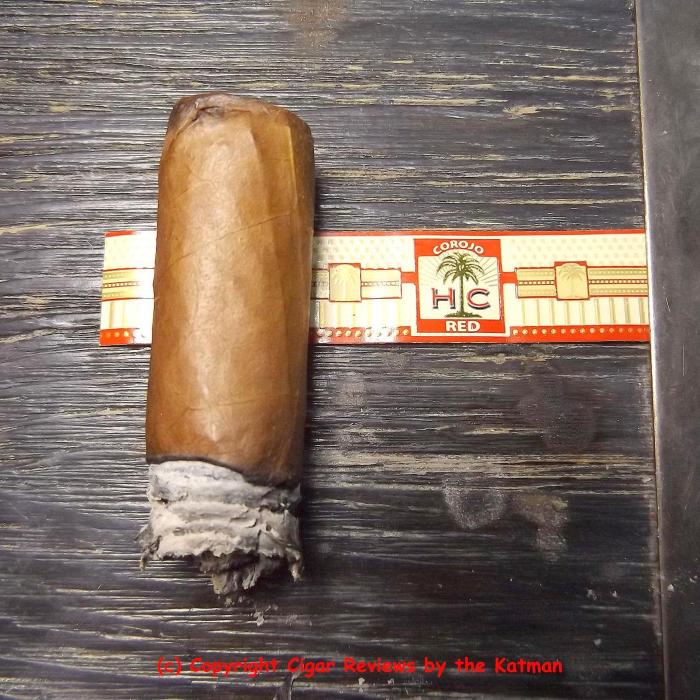 Unfortunately, the cigar only comes in big sizes except for the Robusto. I don’t understand the fetish with producing big ring gauge sticks when we all know the most intense experience comes from a corona or petite corona. Maybe it’s just too much work.

The HC Series Red Corojo finishes beautifully. A solid medium/full bodied experience. Perfect construction to the end. No harshness or heat. No bitterness.
I highly recommend this stick for its quality at such a wallet friendly price. 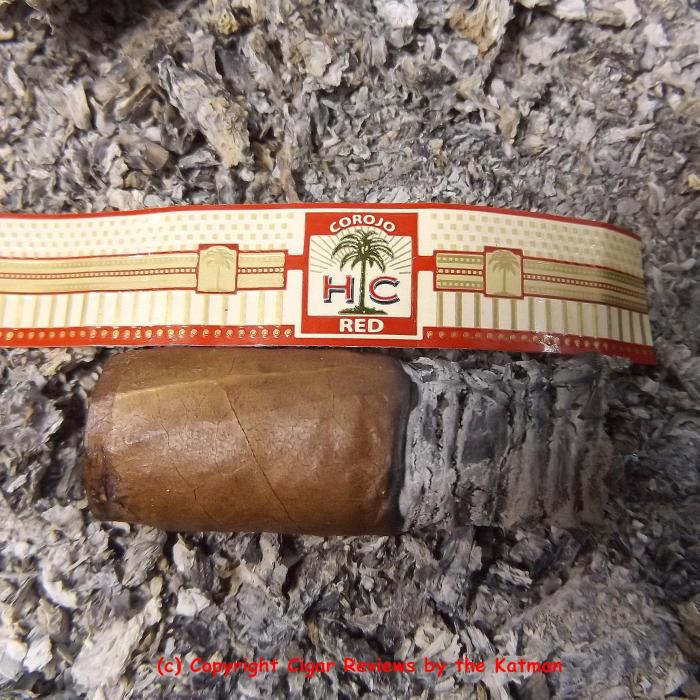 And now for something completely different:
The most embarrassing moment of my life.

He was a couple years older than me…but looked timeless. He was around 5’-6, fit, slim, and always had the same long pony tail. To this day, he hasn’t changed in appearance. He still has the pony tail He is still fit and trim. He ALWAYS wears a leather vest. And he just doesn’t fucking age. It is uncanny.

He has rented the same house in Anaheim since 1973. Lives there today.

When I first met him, he was living in an apartment in the shitty area of Santa Ana. Don’t want to go out alone at night.

But here is the kicker. Tim was a very strange looking dude. And yet, back then he had the most gorgeous looking girlfriend I had seen.
It was as if the Head Council of Mars sent Tim a beautiful woman to propagate the Martian species on Earth.

Her name was Marci. She was tall; maybe 5’-9. She had untouched blonde hair down to her ass. She had legs that were taller than Tim. A very pretty face. And the BOOBS! She was slim, a nice rear end, but giant, natural boobs.

The entire group of friends drooled when they saw here.

Tim introduced me to modern/progressive jazz. Because of him, I got the gig in Curved Air. Two years before I went to London, he and I and a drummer named John would spend 8 hours jamming at John’s house.

We would listen to Tim’s CTI label records. That is Creed Taylor. He brought together the finest young jazzers in the world to record for him. Plus his albums were all artwork. The most beautiful presentation I’ve seen. He had: George Benson, Bob James, Walter Wanderley, Freddie Hubbard, Hubert Laws, Stanley Turrentine, Ron Carter, Antonio Carlos Jobim, and Deodato.

We studied these people. And it is where I learned the art of woodshedding (Improvisation.)

When we jammed for 8 hours, we never played a song. We let the music take us away and as a result, I became a bass player 10 times as good as I was before I met Tim.

Shortly before I left for London, I stopped at Tim’s.

Marci had a girlfriend over. Another knock out and Tim wanted to get them in a ménage à trois. No luck.

Marci suggested a game of strip spin the bottle. Poor Tim kept losing and pretty soon he was naked while us other three were mostly clothed.

But we kept on playing when all of a sudden; Marci jumped up and ran to the bedroom. She returned with a condom in her hand.
She grabbed my hand and yanked me towards the bedroom leaving Tim and the other girl to their own devices.

I saw the Martian smirk on Tim’s face as I looked behind me as I was dragged to the bedroom. Tim wasn’t getting his ménage à trois but he was going to have sex with some strange.

Marci ripped my clothes off. She threw me on to the bed on my back and got on top. She slowly removed her clothes. And there they were: Laurel and Hardy, Abbott and Costello. Those young magnificent breasts that age hadn’t touched yet.

Before I could say a word, she went down on me. I returned the favor.

And then we screwed like bunny rabbits. All of this was done in about 20 minutes. We got dressed and went out to the living room.
I almost shat myself.

On one end of the long couch, sat Tim fully clothed. On the other end, sat the girl. Fully clothed.

She had rejected him. So they sat there listening to Marci and me.

I was mortified. I just screwed Tim’s partner and he had to listen.

Of course, I told all of my friends and I was their hero for 15 minutes. They wanted to know every detail of what Marci’s breasts looked like. I obliged them.

Tim and I never spoke of this again. The next day, it was as if nothing had happened.

40 some years later and this subject has never come up when we talk.

I screwed Marci and he taught me to be a killer bass player.