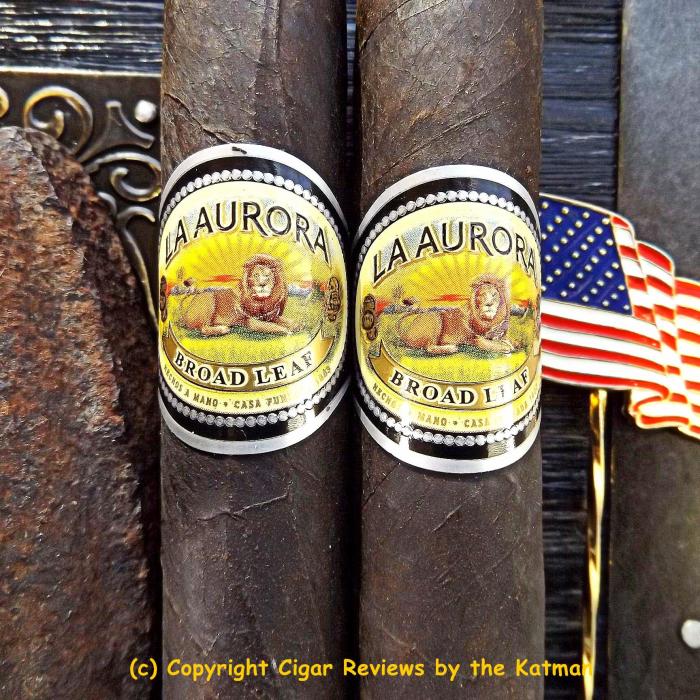 Today we take a look at the La Aurora Chicho’s Choice (Diamond Preferidos).

HISTORY:
From Miami Cigar & Co. web site (Nov. 2014):
“A few months back some discussions were held at Miami Cigar & Company to release some regional cigars, but with a twist. We would allow the rep to pick the cigar for their market. The first one was the Regional Exclusive for the Midwest. That release was a box pressed version of the Nestor Miranda Danno 2012.

“This week we have begun to ship CHICHO’S CHOICE, a cigar for the longest tenured sales rep at Miami Cigar & Company, Christopher Lenzo. The cigar, a version of the La Aurora Diamond Preferidos comes in at 6 x 58. It packs a punch, and a ton for flavor.

I got mine at Cigar Federation and according to today’s report, they have very few left.
I could not find a single online store that carries them. You might be lucky and find a B & M that has a few left but with only 3750 cigars released 4-1/2 months ago, it is highly doubtful.
I have no idea how long CF has had them but they have them now. And they stress that, soon, they will be gone.

DESCRIPTION:
A very consistent looking stick that has a dark prune colored wrapper. One stick has the slightest touch of oil while the other has a completely matte finish. The sticks are smooth to the touch. There is a rustic quality but due to the very dark nature of the wrapper, the imperfections are mostly concealed. In both cigars, the triple cap is flawless. I love the cigar band. It is simple, elegant, and classy. Not cartoonish like all the other crap hitting the shelves lately.
The cigar is absolutely jam packed and rock hard. I hope this is a good cigar because methinks it is going to be a 2-1/2 hour smoke.

AROMA AND COLD DRAW NOTES:
Along the shaft, foot, and clipped cap there is a big dose of cedar and potent tobacco, sweetness, and spice. In addition, there is dark bittersweet baker’s cocoa, plum, and coffee.
The draw is heavy tobacco with a rich earthiness and sweetness to it.

SIZES AND PRICING:
As far as I know, this was the only size made.

FIRST THIRD:
It takes a while lighting this log. Once complete, there is loads of smoke and an easy draw.
First flavors are spice, dark chocolate, nuts, coffee, and earthiness.
The strength, immediately, hits medium/full.

It is meaty and deeply rich and complex. You know you are smoking a fine cigar the moment it is lit. No fucking around.
And while I’ve only smoked half an inch, I highly recommend snagging some before they are gone forever.
The first third begins by showing a nice bit of rich tobacco and rich earthy notes.
Slow, slow smoke. An inch has taken 15-20 minutes.

The ash is dead nuts. And the flavors are even more defined.
Here they are: Earthiness, spice, cedar, coffee, sweetness, and chocolate.
The La Aurora Chicho’s Choice (Diamond Preferidos) is a superb blend that is more about the earthiness and the aged tobacco than it is about a myriad of kitchen sink flavors. 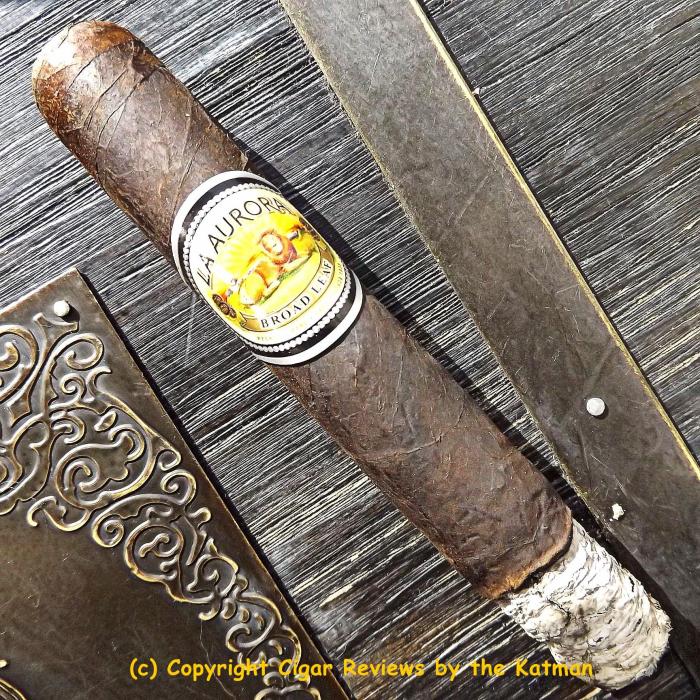 It is just about to burn through the first third when the strength hits full body. And yet, the cigar remains very smooth.
Construction is excellent. No wrapper issues. The char line is perfect. And the ash is nearly 2” long without any shenanigans to get it that long.

SECOND THIRD:
The predominant flavors are only four items: Spice, chocolate, coffee, and earthiness. The sweetness has waned.
A few minutes later, some creaminess appears. It is subtle.
While the body is full strength, there is no apparent nicotine.
I’ve been at it for 45 minutes.

There are no big transitions going on. While I wouldn’t call the cigar a one trick pony, it is rock steady. The small list of flavors is very satisfying. The experienced palate is going to love this blend. I’m truly enjoying the La Aurora Chicho’s Choice (Diamond Preferidos) even though this is probably my least favorite size.

There are so few reviews, or stores, online that I can’t be sure of the right name of this cigar. Each reviewer calls it something different. The Miami Cigar & Co. web site calls it something else. So I settled for middle ground.
The 2-1/2” long ash gently disembarks the mother ship into the ashtray and not over me.
Some sweetness returns. The draw remains flawless. Perfect construction. And a very solid flavor profile.

HALFWAY POINT:
No significant changes. But still digging it. I do believe this blend would be better suited to a smaller cigar size. Clearly, Christopher Lenzo likes his cigars in the big fatty boy size. I assume it is because he is a rep and probably spends a lot of time in his car. A cigar that lasts 2-3 hours can get you from city to city.

Personally, I would not choose this size. 2-1/2 hours is a big commitment of time. But then again, this cigar has been totally trouble free. Nothing worse than futzing around with a misbehaving cigar while you are driving.
There is a boost of flavor that comes out of nowhere.

Some fruit, sweetness, chocolate and creaminess all hit the gas pedal. I wasn’t expecting that.
This gives the La Aurora Chicho’s Choice (Diamond Preferidos) a whole different complexity. The balance is better. And now has a long finish.
The cigar was just fine without this sudden flavor surge but, still, nice to have it aboard.

LAST THIRD:
The La Aurora Chicho’s Choice (Diamond Preferidos) is probably the smoothest full bodied cigar I’ve smoked. It is like a brand new, shiny, tricked out 1959 Cadillac. Fins and all. 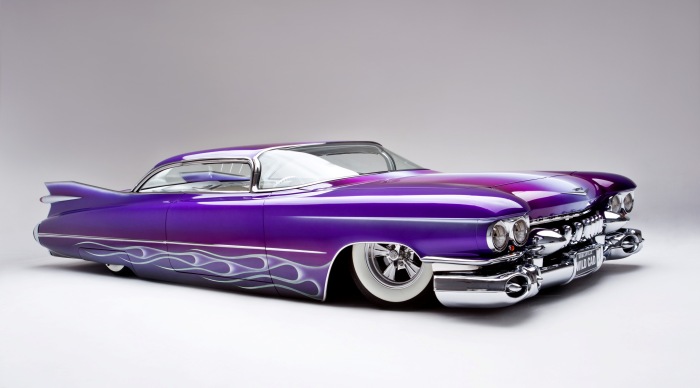 It is pure nectar now. The sweet spot was waiting here the whole time. But instead of flavors being bold and potent, they are…once again, very smooth and delicate. The finish is to die for. It goes on for miles and miles. This is a gorgeous cigar in all respects.
The La Aurora Chicho’s Choice (Diamond Preferidos) has such an enhanced earthiness to it that everything else revolves around it.

Still no nicotine. How does that happen in such a strong cigar?
I’m at the 2 hour mark with a little under 2” to go.
The complexity is just nuts. There isn’t another cigar in the Diamond Preferidos line that comes close to this blend.
The La Aurora Chicho’s Choice (Diamond Preferidos) finishes with a flurry of intense earthy tobacco flavor. Nicotine finally arrives but is too minor to worry about.

PRICE POINT:
With only 150 boxes released, La Aurora could have priced it any which way but loose. This is a high premium stick and, for once, I don’t think a double digit price point is too much. You get a very high quality product without gimmicks or tom foolery. This is no mystery cigar that someone found hiding in some warehouse long forgotten about. This is the real deal.
I’ve reviewed some cigars lately that are in the same ball park as far as pricing goes. They don’t come remotely close to this quality. This is a man’s manly cigar. Cigar Federation won’t have them much longer.

SUMMATION:
The La Aurora Chicho’s Choice (Diamond Preferidos) is for the experienced palate. It is very strong. And it doesn’t have a kitchen sink full of flavors. The cigar blend focuses on the strength of the tobacco flavors. The fact that I am getting some coffee, chocolate, spice, and cream is a mild distraction to the matter at hand.

If you have an experienced palate, and like very full bodied cigars, then you must try it if you haven’t already. I consider this Cigar Federation doing a real solid for its customers. If it were not for them, you would never know about this cigar unless you lived in the Mid-Atlantic states where it was released. I can’t urge you strongly enough to nab some.

Make sure you tell CF that the Katman sent you. 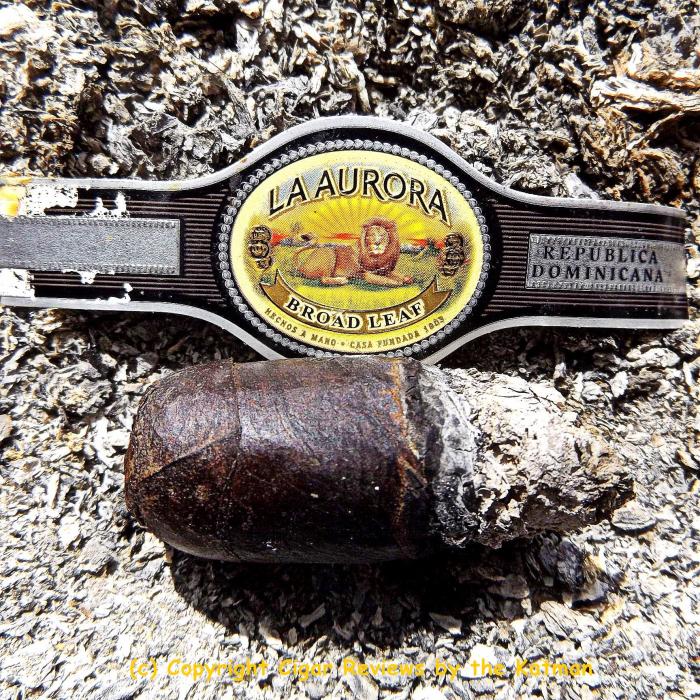