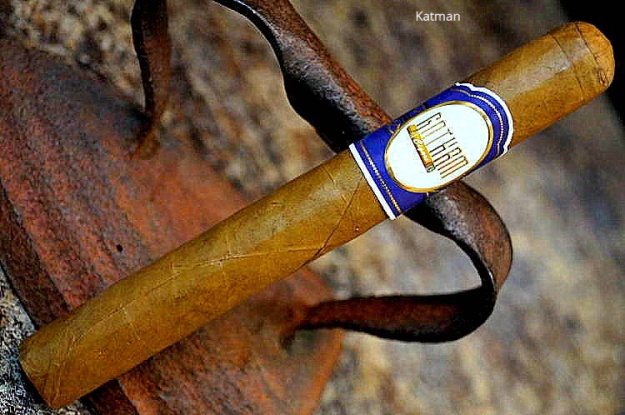 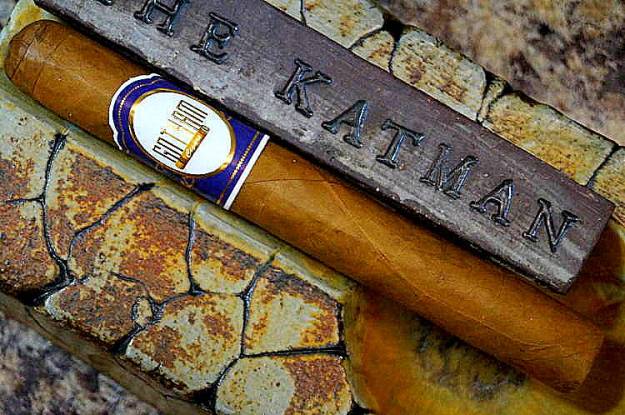 Today we take a look at the Gotham House Blend Connecticut.

This is going to be a strange review. The backstory is weird. I was contacted by an ad agency in Greece telling me they represent Gotham Cigars in Miami. I was asked if I would like to review a cigar made by their client. (Who is their client? Not mentioned).
I ignored the email as I get so much crap that is spam or hackers that I deleted it because it seemed fishy. A week later, I got another email asking me the same thing; only this time the woman seemed insistent…again, not mentioning who their client was or what the cigar was.

I responded asking to provide some clarification and I got it.
Gotham Cigars. They have a relatively new inexpensive bundle cigar. Right up my alley. I checked out the only couple of reviews available; both are videos. Both made by irrelevant reviewers. Laughable. Sometimes I think I should listen to friends and do a few video reviews but I have no fucking filter. Imagine how bad it would be if it was live and in your face; instead of the written word?

One thing that intrigued me was the woman mentioned she noticed I reviewed one of Gotham’s house blends by Alec Bradley. I had no memory. I looked it up and sure as shit, 4 bloody years ago I reviewed the cigar mentioned. There must be a time lag in Greece for them to be made aware of current reviews…4 years ago. I betcha’ they never read my review…just saw the title and skimmed down to the rating: 94.

If anyone at Gotham or this ad company had bothered to read me, they would know better than ask me to review this cigar…but then, hey, it might be decent so I shouldn’t show off my negative preconceptions.

“These medium to full bodied smokes have a flavorful draw with light undertones of earth and pepper. The Gotham House Blend with Ecuadorian Connecticut leaf wrapper is a great and affordable everyday cigar! Available in bundles of 10.”

APPEARANCE:
The stick is solid and hard. The wrapper is smooth with the usual Ecuadorian Connie color of bile accented with oil. Yum. You can’t miss the huge double cap. Lots of veins but nothing off putting. Veins are clearly visible but tight.

The draw is completely plugged so out comes my PerfecDraw draw adjustment tool to the rescue. Normally, a plug can be remedied as it usually sits right at the cigar band level. Not this time. I have to dig for gold. I need to use the entire shaft’s length to get some air through this lead pipe. Still not good enough so I go through its ass end and try again. This time, there is a plug so hard about an inch from the foot, that it stops my draw tool in its tracks. I back off and the draw is at least now acceptable; although not optimum. I guess I can clearly state upfront that the construction is not top notch.

FIRST THIRD:
The draw is still a little tight for my preferences; but it works.
Check that…I can’t draw on the mother fucker. PerfecDraw time again…

I can tell right now this is a dog turd. But I will do my best to smoke the whole bloody thing…ya’ never know.

I’m probably going to dispense with a phalanx of photos this go around. In fact, this cigar may end up being the same experience as a 400lb Samoan doing a reach around on a 100lb hooker.

Mustiness rules.
The black pepper at least provides some flavor.

One video reviewer kept saying the cigar was “fine” over and over and over. I know how it is when you are trying to build an audience and you want to give every piece of drek a good review; despite the fact that either you have no palate or you want to please your benefactor. I did that when I started with Famous Smoke in 2010 as their in-house reviewer forced to review their horrible house blends.

I don’t think I’m going to alert Gotham, or the Greek ad company, that I reviewed the cigar. They are probably still pissed off I asked for a ten count instead of their usual fiver doled out to reviewers.

Let’s sum up the first excruciating first inch: Musty, spicy, no complexity on the horizon, no finish, and no transitions in its future…all right! This is what I call a good time.

Shit. The music channel is playing Zep’s live version of “Over The Hills And Far Away.”
Damn.
In 1972, my best friend Skip, would play that opening set of power chords brilliantly. He wasn’t a very good guitarist, but he had a special skill that allowed him the proper facial contortions when he played…rock star all the way.

This is going to be the longest review of my life.

Something else cracks me up…Gotham sells the cigars for lower than their MSRP of $4.50. These are good people. If Gotham reads this review, I am going to need to wear body armor for a year.

I’m finishing up the first third and I can report that I no longer find blood sausage so repulsive.

SECOND THIRD:
It is now 6 hours later. Or maybe it is the blotter I dropped when I finished the part about the inability to draw on this lead pipe.

I apologize for the spittle-soaked cap in the photo below. It may be Greek olive oil…not sure which. 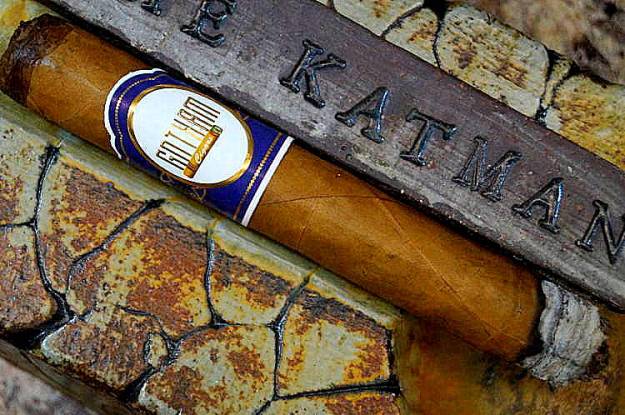 The cigar’s progression is nil. This is like smoking ground up rat hair with a Zig Zag wrapper.

Betcha’ a dollar that Gotham claims their customers love this blend. At $3.40 a pop, they must be flying off the shelves from customers who normally smoke liquor store cigars. Maybe Dutch Masters?

I’m sticking with this…no one can stop me now. I’ll finish this pig dick if it ruins my day.

At the end of the review, I will be offering singles, or all 9 sticks, for a mind-blowing price of only 25 cents for the lone stick or 15 cents for all 9.

The cigar gets worse with each puff. I feel bad for the video reviewers that had to keep a straight face. Their asses must have been puckered more tightly than walking through the gay district of downtown Long Beach…not that there is anything wrong with that.
If you tape a bunch of these sticks end to end, you can make a Festivus pole!

Strength is a limp medium.
Flavors are dead on arrival. What could have Gotham been thinking? Why go to all that trouble to make a blend with your name on it that is a total waste of a good bowel movement?

I may never get an erection again. I could super glue two of the sticks to each side of my penis and Charlotte will thank me for it.

The innards are so sloppy that this thing burns at half speed.
I need something to drink. Is 10am too early for a few shots of whiskey?
Done. Now I’m fucking drunk. This should go better now.

This is the worst cigar I’ve ever smoked. But I gave my word I’d review it. Again, they should have read a couple of my reviews before reaching out to me.

Sammy the cat is usually gargling my nuts by now, but he left the room half an hour ago with a stick and a kibble filled bandana tied to the end. I see him downstairs with his paw stuck out looking for a ride.

This cigar must reach to be just linear. It is stuck. Man, I could be smoking a Gurkha third right now.

LAST THIRD:
The blotter is working nicely. But I may be having a bad trip as I see hundreds of these cigars all along the floor by my feet. And they have teeth. Maybe Gotham could breed smokable piranhas. If Gwyneth Paltrow can make a vagina smelling candle, why can’t Gotham make a girl’s locker room smelling house blend?

The cigar is bumming out the acid.

Gotham dudes…don’t you dare send these cigars to our troops. Nuremberg can be reinstated.

Ever licked a carboard box? Have I got the cigar for you.

Let’s talk about prostatitis. Ever gotten that? An infected prostate? I had a run of that in the mid-90’s. The first time, I was on top of Charlotte when I got this horrific pain in my groin. I pulled it out and blood was shooting out the end of my schmekel. I ran around the room screaming. I went into the bathroom so it could drain into the toilet. I had no idea what was going on. Charlotte wanted to dial 9-1-1. I yelled, “NO!!” The paramedics would never have stopped laughing. It stopped and I had the most enormous panic attack of all time. I went to Mayo Clinic in Scottsdale. You know how they find out what kind of infection it is? Get this…the doc hands you a plastic cup while you are bent over and he shoves his fist into your asshole and pumps your infected prostate while you are milking your penis until a little bit of sperm drips into the cup. My screaming could be heard two floors above. It was analyzed and I was put on antibiotics. Never let a doctor shove his hand up your ass unless he is really attractive.

The mustiness is gone; replaced by indifference.
I can’t go on.

“Sweet Jane” is playing and I calm way the fuck down.

I plan on removing every Gotham House Blend Connie from my humidor and toss them. I hope they didn’t infect my other sticks.