My Father produced a very limited cigar called the El Centurion in 2006. The rumor around the puppy mill is that the Special S is that same cigar but given a new name as a publicity move to give them some cache when they gave them away at Garcia events at your local B & M.

The cigar is rustic in appearance, toothy, sort of like Ed D. Harvey, a cigar mogul that most people don’t know about.

I would never have guessed the wrapper is Nicaraguan. It is a light tan with a fair amount of veins. The cap is extremely well done. And the band is retro..very old fashion in appearance.

I sniff the body of the cigar and get immediate notes of cocoa. Strong notes of cocoa. Also, some brown sugar and a nice earthiness. At the foot, there is an intense graham cracker aroma. So far, so good.

I clip the cap with my new Montecristo pen/cutter combo. 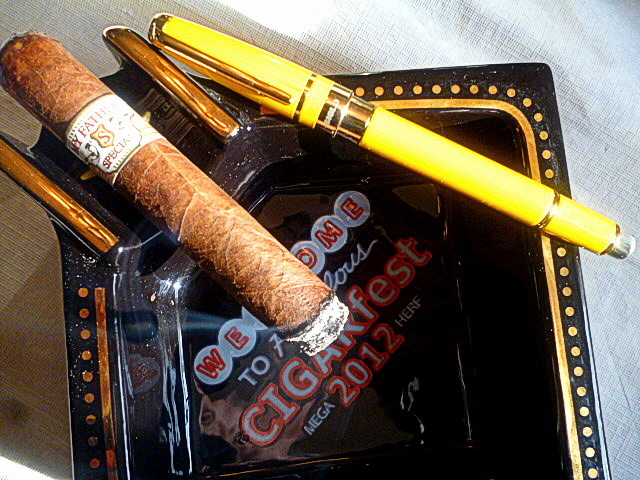 The flavor explodes with sweetness. And some hearty nuts like cashews and almonds. The cocoa I smelled is nowhere to be found in the flavor profile.

The char line is excellent. And the draw is dead nuts perfect. It spews smoke the way I spewed on my wedding night. I was still a virgin at 35. And after 28 years of marriage, I think I’m gay…or might as well be…Ahem…moving on.

The cigar is quite syrupy. And the famous Garcia Pepper Blast is absent. After half an inch in, red pepper spiciness begins to show itself. But it builds slowly, instead of the usual Garcia method of a nuclear bomb blast.

The cigars come in a nice box of 3 sticks, which of course I did not keep for a nice photo because I’m not very bright.

The sticks are in cellophane but do not worry Gertrude, for the sheer age of these cigars makes them ready to smoke immediately. Surprisingly, I got mine from Cbid. I paid $21-$25 for a box as I have bought several.

The first third comes to a close with an addition of a nice swath of creaminess. And the nutty component really gears up. And yet the spiciness stays a mild part of the flavor profile.

The body starts out as medium and continues to stay put through the first third.

As the second third begins, the flavors in the first third are emphasized and more eloquent. The syrupy sweetness is lip smackin’ good. That graham cracker adds to that sweetness. The nuttiness now tastes like roasted mixed nuts.

At the halfway mark, the spiciness ramps up. And I keep wondering where that cocoa is?

Due to the long aging of this cigar in its package, the cellos were almost a bright yellow…showing the fomentation of the oils oozing from the wrapper.

And the aging has provided a very refined cigar. Well balanced and with a very long finish. I hate smoking these because there must be a finite end to its supply soon.

So you need to do your research to find them. Cbid and CI and cigar.com no longer have them, but Atlantic Cigar does: http://www.atlanticcigar.com/cigars/My-Father-S-Special.asp

They want $27.95 for a box of 3. An excellent deal for an extensively aged cigar.

The second third ends with more of a power house stick in the flavor department. The body continues to be medium in strength.

The final third oozes with creaminess and balance. Like me. A cinnamon component is brought out by the nuttiness and sweetness. The graham cracker flavor maintains its presence throughout.

This is a special cigar. I have several left and I will really try not to smoke them for as long as I can stand it.

I make myself a cup of good coffee…the good stuff we keep for Sunday mornings. The coffee brings out some coffee flavor in the cigar. And the cocoa shows up finally.

A note here….making the right choice of libation for your smoking experience is of utmost importance. I normally drink bottled water so as not to interfere with the virgin taste of the blend. But there are liquids that enhance a cigar like brandy or scotch or even a Diet Coke if you have an intense cocoa experience. But I usually stick with water.

The strength begins to move out of the medium strata and begins to touch the skirt of full body.

This is a great cigar. I read several other reviews of the cigar prior to writing mine. And I am astonished at the amount of snobs out there. Not every cigar is an Opus X or Padron 1926. Snobbery brings out expectations that are non-sensical.

Ignore those lemmings. About the only thing I learn, or confirm, when I read other reviewers is the leaf blend.

The cigar is all about creaminess and spice now. I only have a couple inches to go and the nic buzz is upon me.

In summary, this cigar is a vanishing blend. A month from now, it will probably be impossible to get. Maybe less. The price is right since you only have to purchase 3 at a time. So there is no excuse for not trying one.

The flavors are impeccable and the profile is refined and well balanced. If you don’t try this stick, I will send Ed D. Harvey to your house to beat the living shit out of you.

Thank you, thank you very much. 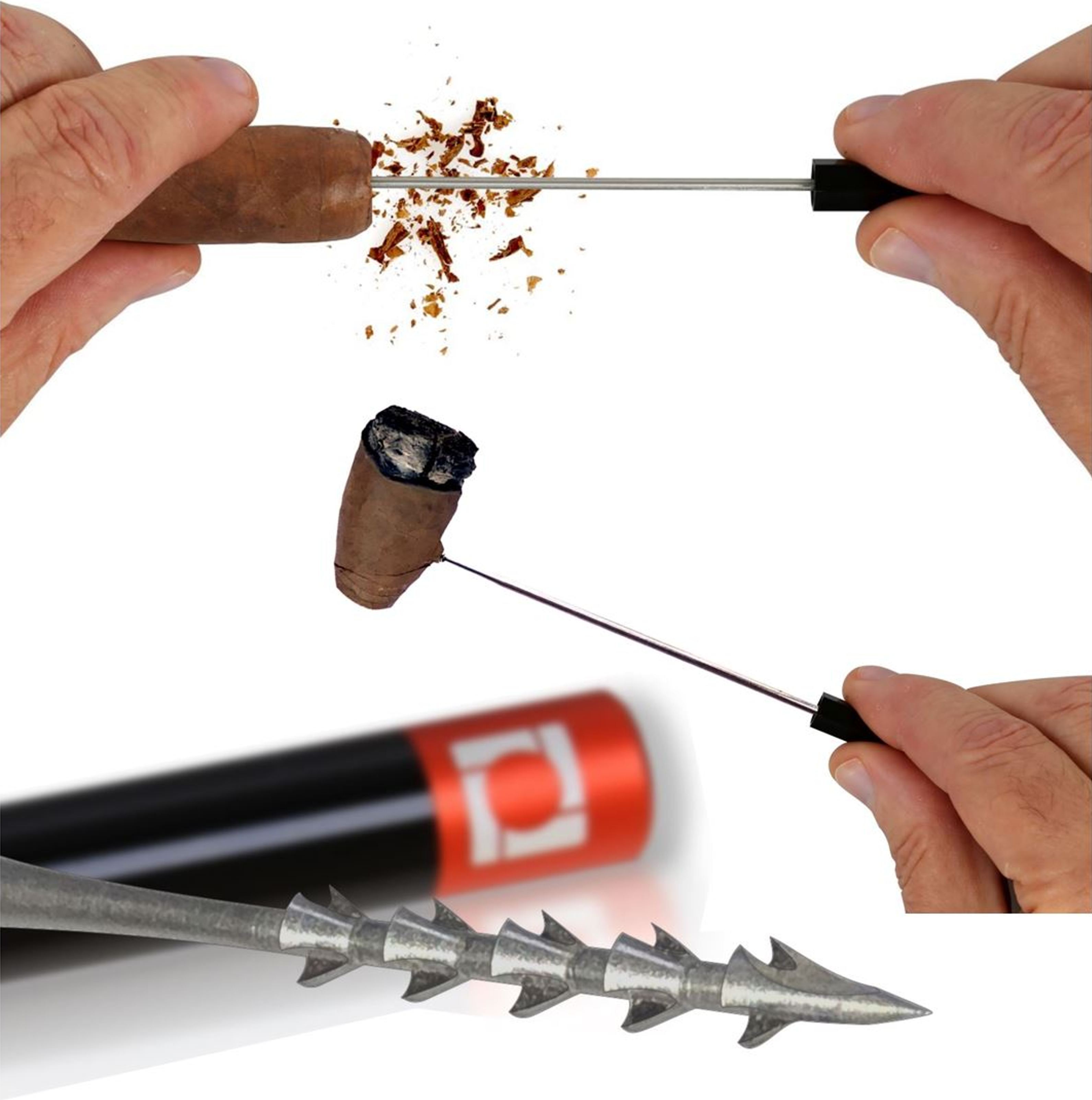