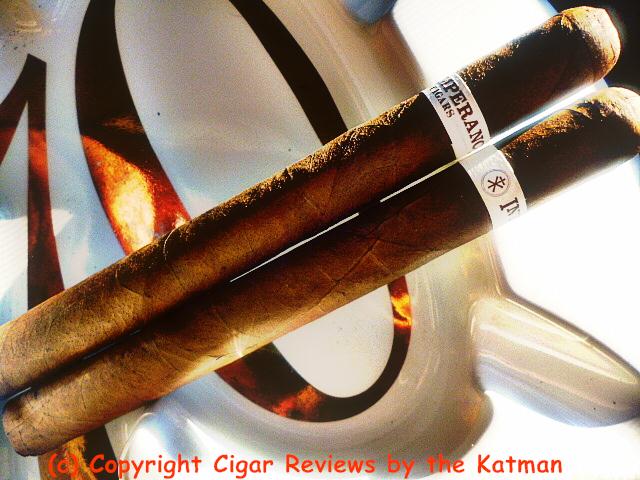 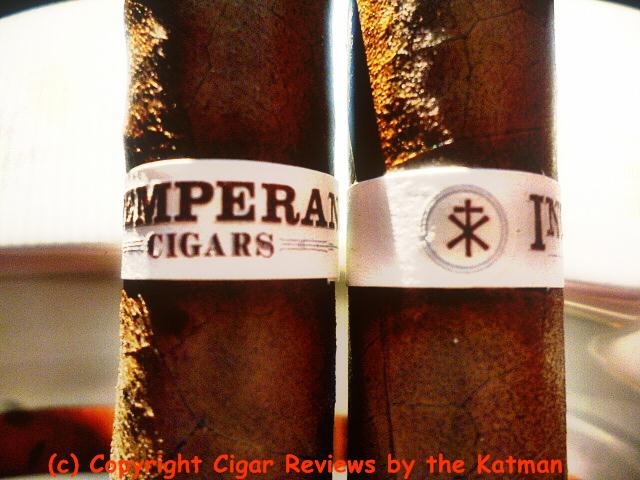 The Intemperance BA XXI IV A.W.S. by RoMa Craft Tobac was released in May of 2013. There are now a total of five sizes per wrapper type.

I did some research on this cigar and it is the most convoluted back story I have ever seen. I give them thumbs up for putting so much creativity into the naming of the cigar.

In essence, the BA refers to Brazilian Arapiraca. The XXI refers to the 21st Amendment. Repealing the 18th Amendment: The Volstead Act which enacted Prohibition. And then the name of the size is followed by more Roman Numerals. And the A.W.S….I am worn out researching what those three letters mean. The manufacturer does not explain the three letters and no one else does either.
Note: I received an email from Skip Martin, owner of of RoMa Craft Tobac and this is the meaning of A.W.S.: ” A.W.S. IV stands for Archibald W. Skeet aka Archie Skeet aka Lil Skeeter aka aww skeet skeet skeet skeet mutha fucka :)”

The other blend: Intemperance EC XVIII refers to Ecuadorian Connecticut. Both cigars are referring to its wrapper.
The price point on this cigar is very inexpensive. A box of 12 goes for around $78. The single thereby goes for $6.50. 100 boxes per month will be released.

There are five sizes for each wrapper type: Intrigue: 4 x 46, Avarice: 4.5 x 52, Envy: 5 x 50, Ambition: 5.5 x 54, and the A.W.S.: 6.5 x 44. One thing I find odd is that the other sticks all have exposed binder and fillers. The Lonsdale does not.
The only place I could find these cigars are at two online stores: The Cigar Hustler and Havacigarshop.com. The latter is where the cigars were born.

The construction of the cigar is good but not pristine. The seams are slightly visible…sloppy on some cigars and well done on others. Some small veins are diddling about. There is a bit of mottling on the sandy brown wrapper on one but not the others. I believe it is a double cap. Not a lot of sheen to this stick and it feels toothy. But all in all, not a bad looking cigar.

I clip the cap and find aromas of leather, cedar, spice, and cocoa.
Time to light up.

The first puffs are so full of smoke that I can’t type. I have to get up and turn on the fan behind me. Then immediately, I get some creamy notes. Along with it comes some cocoa. Both mild in their intent. Black pepper begins to show up step by step, inch by inch. Sweetness appears next. Making this an impressive cigar with a flavor profile that hits you square between the eyes in the first two minutes.

Char line is good. The stick is jam packed with tobacco and smokes very evenly and smoothly. Some leather shows up making this a 5 flavored stick with less than half an inch of smoking time.

The aroma emanating from the cigar is nice. I can smell an herbal note along with the sweetness of floral components. Nice.
The pepper continues on its upward mobility and then it adds red pepper and both are smacking me hard in the sinuses…clearing them, that is.

I like a Lonsdale now and again. The flavor profile is almost always very intense and, normally, doesn’t take up more than 30 minutes, or so, of your day. I don’t buy the little cigarillos in the tins anymore. They never had the flavor of the big sticks and usually, if they had much flavor at all, were mainly spicy. I think those little tins are way overpriced. And I have a diabolical theory that those little cigarillos are mainly made up of the sweepings from the floor of the factory that makes the big cigars.

I want to touch on pricing. This is a limited edition stick with some exotic leaves. And the cost is unbelievably low. It just goes to show what I’ve been preaching all along; You don’t need to fall for the big cigar PR machines that the Nigerian/Ugandan leaves are fermented 42 times and therefore will cost the consumer $14 a cigar. RoMa Craft Tobac has proven my theory.

I near the end of the first third and the flavor profile, while not expansive, is delicious. Not flavor bomb status delicious, but excellent. Flavors in descending order: Creaminess, sweetness, cocoa, nuts, spice, and dried fruit.

The creaminess and cocoa are so strong, I grab for my Diet Coke. It’s been a few reviews since I got to have my NYC egg cream experience.

The dried fruit is a mélange of different elements. There is raisin, dates, and pineapple. Now pineapple is a first for me. It is tangy and sweet. I had to take a few sips of water for the flavor to distinguish itself.

The second third is very smooth. Well balanced with a chewy long finish. An earthiness appears that gives the stick some oomph. And the nuts are a combo of pistachio and hazelnut. This is an impressive cigar. And to my dismay, they will be hard to get a hold of with only 100 boxes being distributed per month. But use my contacts that I mentioned earlier and you have an excellent chance of scoring these delicious cigars.

Complexity settles in. The draw continues to be spot on and the char line is behaving itself. The black pepper dissipates and now it’s all red pepper that is quickly leading the charge of the flavor profile.

The strength started out short of medium but now is classic medium.

The halfway mark sees the stick even smoother. Flavors are a bit subdued. The pepper has moved to the back of the line. Creaminess and sweetness are still the drivers of the bus. The cocoa dissipates quite a bit. So does the nuttiness.

I hit the last third and the flavor profile reverses its downward spiral. The spiciness is back in force. Creaminess and sweetness abound. Cocoa is strong. The dried fruit elements are back. There are now some baking spices added for the first time.

The overall picture of this cigar is about cream, sweet and smooth. The strength moves up to medium/full as advertised.

Spiciness comes and goes along with the cocoa, dried fruit, baking spices, and nuts. The cigar shows no hints of harshness and remains cool to the end.

This is an excellent cigar and I plan to get a box of these as soon as I can.
The last couple inches hit flavor bomb status. Creaminess and sweetness are way over the top. The ancillary flavors all return.
You can’t beat the price. Go get some.

And now for something completely different:
A fable to prove that you should just say no to drugs.
1972.

I had been laid off from my drafting job because I was hired to do some structural things but they were a piping/chemical plant drafting outfit. They tried to teach me this complicated mess in about 20 minutes and I just didn’t get it so off I went.

I got my unemployment and then broke my wrist and it became disability.

I had to go to the unemployment office once a week in those days to pick up the check.

As I entered, this guy was standing against the side of the building and whistled for me to come over. I was such a middle class naïve kid back then. He told me I looked cool and would I be interested in some hash for $40? I said yes but I had to get my money first. They would cash it for you in the office.

He was waiting for me and told me to follow him. I lived in Santa Ana at the time, but the nice part of that town. The whole town was practically a ghetto back then.

I followed him to what I learned later was called Heroin Row. He took a hundred dollar bill from me and went in. He came out a few minutes later and said we had to go to another place. My suspicions arose.
We got there and he went inside. I had driven him this time.

Too much time went by and I drove my 1965 VW mini camper to the alley behind the apartment building just in time to see him jumping in the passenger’s side and the car burned rubber. 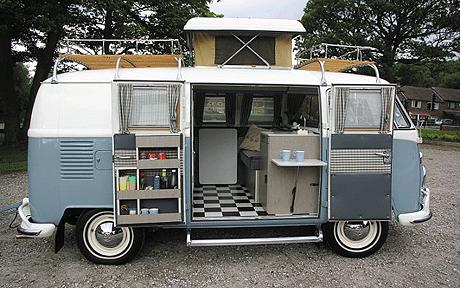 I followed them. They saw that I was following and the race was on. It reminded me of the car chase from the Steve McQueen movie, “Bullit.” Their little car was going over 80mph and I floored the VW and kept up with them. We were weaving in and out of residential areas at almost 100mph and then the car pulled over.

I jumped out holding a big road flare yelling that I have their license plate and to give me my money back.

My contact got out and tried to smooth things over by being nice and apologetic. Meanwhile, the driver got out; who looked like something from a vampire movie, and walked quickly to me and pulled a switch blade resting it on my neck.

“You have my license plate? Huh? Is that what you said? What are you going to do with it? Huh? You want me to leave you dead right here? Huh?”

I dropped the flare. I told him all I wanted was my hash and they could keep the change.

And then a miracle. A Santa Ana patrol car pulled up with two officers inside. They didn’t do a thing; just sat there and stared at us.

The vampire put his knife away quickly and got back in the car. And so did the other guy and they drive off quickly with my money.

The cops were still there and I saw them laughing. Just three more junkies killing themselves….and then they drove off.
I was shaken.

As soon as I got home, I called a buddy, Tim, and told him what happened. He came over right away with a nice baggie of weed and we rolled some doobies.

I felt much better and the shaking stopped.
I whined that I lost my money and had no dope.
Tim said to keep the bag.

“That will be $40 please.”
A little insensitive but I handed over the money.