Protocol Probable Cause | Cigar Reviews by the Katman 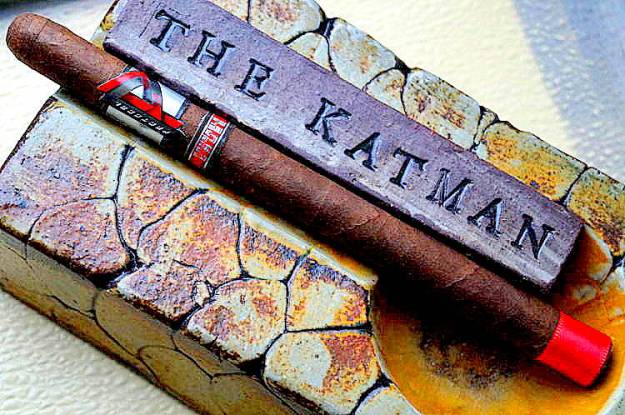 Today we take a look at the Protocol Probable Cause.
Samples provided by Juan Cancel.
The cigar has been reviewed many times and has been provided high praise and high ratings. I’m just putting my two cents in. I’m sure you have smoked one or five and enjoyed the hell out of it. My turn to fawn over this blend.

BACKGROUND:
Regular production.
Release Date: May 21, 2016
According to Cigar Dojo:
“If you were a fan of the first release of the Protocol, then, ladies and gentlemen, get ready for ROUND 2! The second iteration of the Protocol series is dubbed Protocol Probable Cause, launching as the sophomore release from Cubariqueño Cigar Company. Cubariqueño is a three-part creation from Bill Ives (aka “The Cuban Assassin”), Juan Cancel, and Bill Agathis. The trio has teamed up once again with Erik Espinosa and his Estelí-based La Zona factory for the follow-up to 2015’s cult hit Protocol cigar. The meanings behind both the company name (Cubariqueño) and cigar have special significance to both Bill Ives and Juan Cancel. Cubariqueño stems from the Cuban heritage of Bill Ives and the Puerto Rican heritage of Juan Cancel—à la Cuba-riqueño (“Puerta Rican” translates to “Puertorriqueño” in Spanish). And Protocol pays tribute to the law enforcement backgrounds of both Bill Ives and Juan Cancel.

“Knowing that they teamed up with Erik Espinosa on this release has me instantaneously optimistic. Erik Espinosa is one of the most renowned cigar personalities in the business and his La Zona factory is quickly becoming one of the most sought-after in the industry. With Juan and Bill quickly making a name for themselves as well, this partnership has all the ingredients of a promising cigar.”

APPEARANCE:
I took a gander at older reviews of this stick and must assume that the 2019 version is when Protocol added the footer red ribbon to the presentation.
The cigar is packed nicely without soft or hard spots. There is one enormous vein running half the length of the cigar but that’s it. It’s on the backside of the cigar band so you don’t get to see it. Seams are invisible. The triple cap on such a small ring gauge must be a bitch to accomplish but the rollers nailed it beautifully.
The wrapper is an oily dark espresso hue with hints of red in the light. And we have a boat load of tooth covering the entire stick.

FIRST THIRD:
Good musical start this morning…first Van the Man and then SRV. A good omen. All we need next is “Dazed and Confused.”

The draw is on the money with a good draw so I put away my PerfecDraw draw adjustment tool for another cigar of lesser character and demeanor.

For a slim jim, this baby emits big clouds of smoke to fill the room and scare off the cat.
First thing isn’t a bevy of flavors, but rather; an impressive hit of wide spectrum complexity. I do believe that this cigar had plenty of humi time before I received it.

Black pepper is potent. Then, slowly, flavors begin to break free from the group morph and unveil themselves as chocolate covered raspberry gel candy, raisins, bittersweet cocoa, very creamy, smoky, a heavy blend, and vanilla custard covered in lots of cinnamon and nutmeg.

Only the spiciness interrupts the smoothness of the blend. Flavor morphing continues at a breakneck pace. The finish begins to build on my teeth and lips.
The smokiness evolves into a very meaty presence. It reminds me of fine homemade beef jerky…peppery and sweet.

The stick is a slow roll…taking its time and toying with my affections.

Bill Ives, Juan Cancel, and Bill Agathis have got their shit together in one basket. Protocol, time after time, delivers the goods. I’ve reviewed their sticks over the years and never found a bum blend. Their prices are fair. And they have the integrity of many fine boutique brand manufacturers who seek to please themselves and their customer base with something they can be proud of. There are way too many boutique brands out there that just don’t give a crap and foist drek on us and call it a present from them to us…with their hands outstretched saying, gimmee, gimmee, gimmee.

“Further On Up The Road” by Clapton. I’ll take it.

When our daughter was in elementary school, she got it in her head that I played bass with Clapton. Never met the man. So, at every parent/teacher conference I’d attend with my wife, the teacher would approach me starry eyed and say, “YOU played with Eric Clapton?” I’d laugh and say no. Then my wife and daughter would argue with me that I did. Must have been an alternate universe. The kid finally stopped saying that a couple years ago; now that she is 33.

The spiciness relents quite a bit calming the complexity. It is now spewing flavors like a Henry Ford assembly line. It is deeply rich. The aged tobacco is reeking of sophistication. The chocolate, raspberry, raisins, essential creaminess, smoky meat, and vanilla custard are twirling my merkin.

C,S,N,&Y are playing “Woodstock.” The next young person that asks me if I attended is going to get a punch in the puss…my parents wouldn’t let me go as it was 3000 miles away.

The smooth factor is pulling the strength back to medium. Flavors are blooming in the garden.
A perfect amalgam of sweet and savory. Nice.

SECOND THIRD:
The Protocol Probable Cause is aged so beautifully, I’m beginning to think that Juan sent me a couple sticks from his private stash. Or maybe not. But I did receive the duo without cellos. I’m going to go high once again with my rating.

There is always the temptation for reviewers to jump the gun and review a blend after a short time. I’m guilty of the same thing. But then some sticks have the aging to back up the PR claims in short shrift. Other blends need 7 months of humi time and by then they’re gone.

The burn is exemplary. No issues. The draw on this popsicle stick is right on. The rollers did a beautiful job. And rolling a Lancero ain’t easy.
Sweetness takes over. It’s a fancy foo foo piece of chocolate fruity mousse. Like me.

Sorry for the redundancy, but this blend is a sheer delight to the senses and palate.
The smoky meatiness keeps things on the up and up with its potent presence.

The Lancero is an odd duck. In and out of popularity for decades. Too many are like flattened straws with no way to clear them due to their small ring gauge. Plus, many smokers prefer a hunk of 2 x 4 to smoke. Good Lanceros are hard to find.

Black pepper disappears into the ether replaced by a milder red pepper.

The spectrum of flavors widen: Sweet brioche, buttery, a touch of orange citrus, beef jerky becomes a $58 filet mignon, a slight green scallion touch, the depth of the aged tobacco is enhanced considerably, nutmeg is out in the open, and a bevy of salted nuts.

It’s always fun to smoke with friends. But some blends lend themselves to peace and quiet. When you are gabbing at 90mph, you miss stuff. Alone, listening to music and gazing out the window, makes for an experience that allows no distractions and eliminates the chance to miss something a delicate blend offers. This is one of those blends. It scorches the palate with complexity and richness. Damn. I find myself ignoring the keypad and just sitting back and staring into space as I ingest the fine, fine experience the Protocol Probable Cause brings to the table.

This cigar is providing more fun than I’ve had in days with my pants on.

The blend never relents. Its intensity only goes deeper with each puff. If it were any more complex, it would rule the world under an authoritarian regime.

This Protocol Probable Cause is a perfect blend for my palate. No shit. I don’t have a single criticism. Pure bliss. I just stopped and bought a fiver from Cigars International. Must have more, must have more…the wife is going to bitch slap me silly when she finds out.

LAST THIRD:
Cigar Dojo mentions that it tastes like fermented fruit at this point. I couldn’t agree more. I can taste plum wine. But I can also taste fresh figs.

And the perfect tune for the last third: “Sgt. Pepper’s Lonely Hearts Band.” My first bass in 1965 was a Hofner.

I’m always shocked when I smoke a perfect blend. I’m at peace with the world. And it pleases me that there are manufacturers out there that really give a shit about what they present to the public. So much drek out there that we all must wade through. And then we come across Excalibur.

Strength jumps to full tilt along with some blinding nicotine. Yes, I am a wuss.
But balance, richness, and smoothness are not interrupted. 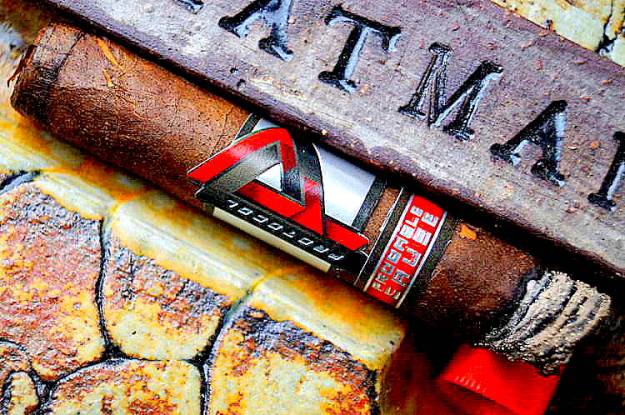 A fine, complex blend is like a full banquet. It satiates the desire to eat food or smoke another cigar for many hours. I like to let the finish linger for as long as it allows. And then I’m spent and my palate swims with the fishes.

I grab my PerfecDraw tool and use it as a nubber. Gotta squeeze every drop of goodness from the Protocol Probable Cause.

Around 1979-1980, I was in a band managed by a famous French photographer. His main claim to fame was that he was Iggy Pop’s first manager. Met him a couple times and I was expecting to meet a wild man. To my surprise, was he not only fully clothed, but a sweetheart of a man. Nothing like his stage persona. And a real storyteller.